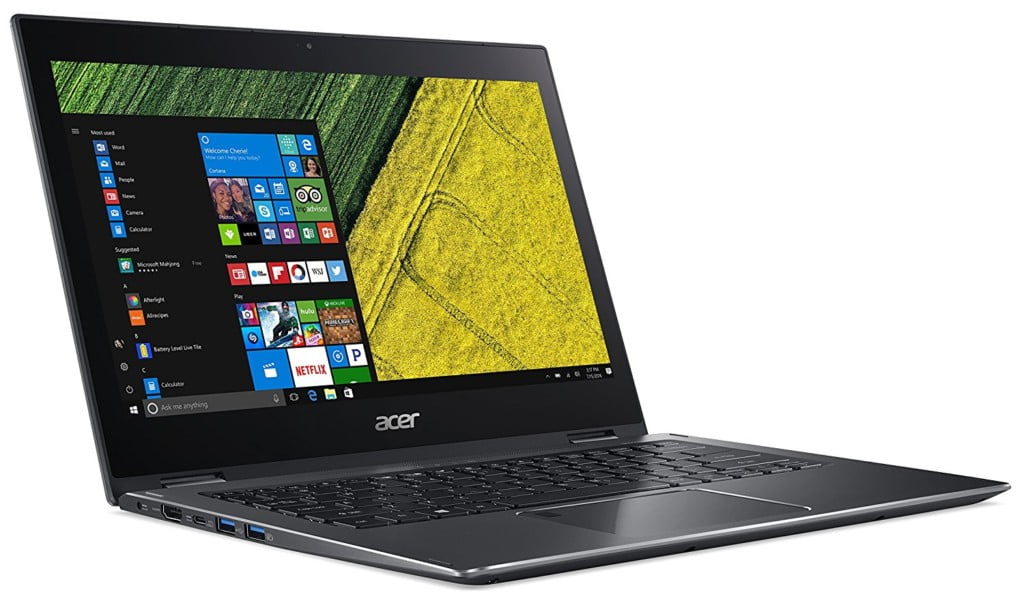 The Acer Spin 5 SP513-52N-85DC is the perfect 2-in-1 device for anyone who needs a powerful all-round laptop. Let’s learn in this review what makes of this version of the Acer Spin 5 such a great value for the money

This version of the Acer Spin 5 brings the new Kaby Lake R chips to the already winning series of Acer. The Acer Spin series is aimed at users prioritizing versatility. Its 2-in-1 modes allow the user to use its laptop in a convetional way, but also as a tablet.

As mentioned above, the main highlight of this laptop is its all new hardware components (GPU and CPU). It features an Core i7 processor, part of the eight generation of Intel chips, guaranteeing optimal performance on most Windows 10 tasks.

Other than that, there is another Acer Spin 5 version powered by the same Kaby Lake R Processor. The SP515-51GN-807G has an very similar hardware profile as the SP513-52N-85DC, being the main differences its screen size and storage type (HDD in the 15.6 inch version versus SSD in the SP513-52N-85DC in this review).

This version of the Acer Spin follows the same trend of other models in the series. A pretty minimalist design with a sturdy chassis allow the end user to freely and quickly switch modes flipping the screen.

The overall dimensions of this laptop are pretty ideal, considering its 13 inch screen. Its weight of approximately 4.85 lbs according to the manufacturer is above the average for similarly priced laptops in its category.

Now let’s analyze each of the main hardware specs of this Acer Spin 5 Version:

The CPU is certainly the most exciting hardware component of this laptop, as its the brand new Intel Core i7-8550U. As mentioned above, it is part of the 8th generation of intel chips, and it uses the Kaby Lake R micro-architecture.

It has a base frequency of 1.80 GHz but its turbo its up to incredible 4.0 GHz. This shows how the new generation of Intel chips is versatile. The i7-8550U is a quad core processor with hyper-threading and a pretty low TDP of just 15 W (configurable up and down).

The GPU is another highlight in this model, especially considering it is a 2-in-1 laptop. The NVIDIA GeForce GTX 1050 is part of the new series of GPU’s released by NVIDIA, dubbed GeForce 10. It brings drastic improvements in terms of benchmark, and the 1050 is considerably faster than the GTX 960M for example.

You can check more information the the GeForce GTX 1050 in this article.

I would consider the display a more important aspect on 2-in-1 laptops than in traditional laptops. That is mostly because they have touchscreens and therefore you went up relying on screen more than typical displays.

In the case of this Acer Spin 5, we have a pretty good 13.3 inch Full HD screen, which is the standard for similarly priced 2-in-1 laptops.

The storage type and capacity is definitely one of the highlights of this laptop. It comes with a 256 GB solid state drive, which is much faster than more traditional hard drive disks. Its SSD gives a speed boost to access files and launch programs, in other words, you will boot your laptop much faster and work more efficiently.

The Acer Spin 5 has a better than average connectivity in its category of high-end 2-in-1 laptops. It comes with one USB 3.1 Type C port, 2 USB 3.0 and 1 USB 2.0 port, apart from an HDMI port. It also comes with an Acer Fingerprint Reader, compatible with Windows 10.

The Acer Spin 5 SP513-52N-85DC is definitely an excellent choice if you are looking for a modern laptop. It is in fact, one of the most powerful 2-in-1 laptops currently available, and one of the few (when this article was written) 2-in-1 laptops to feature a combo of Kaby Lake R processor and a GTX 1050 (mobile). 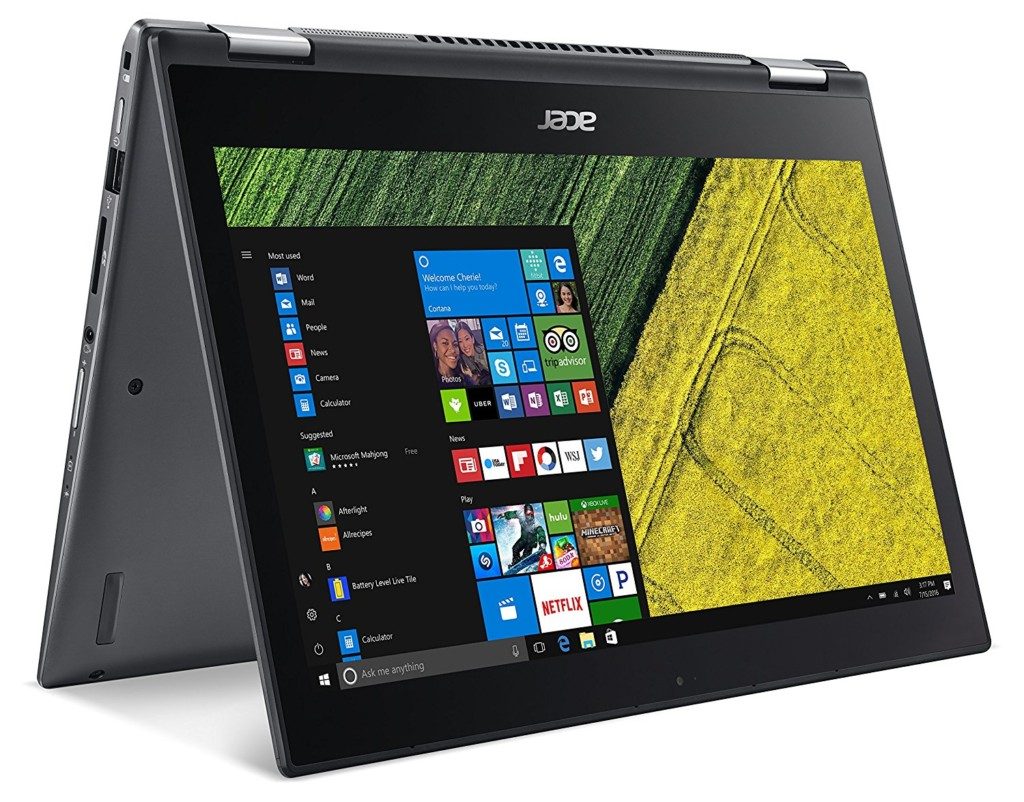 If you are looking for a powerful 2-in-1 device you may also consider other alternatives. Dell has great options in the 2-in- niche, among them you check the Dell Inspiron i5379-7909GRY-PUS full review here.