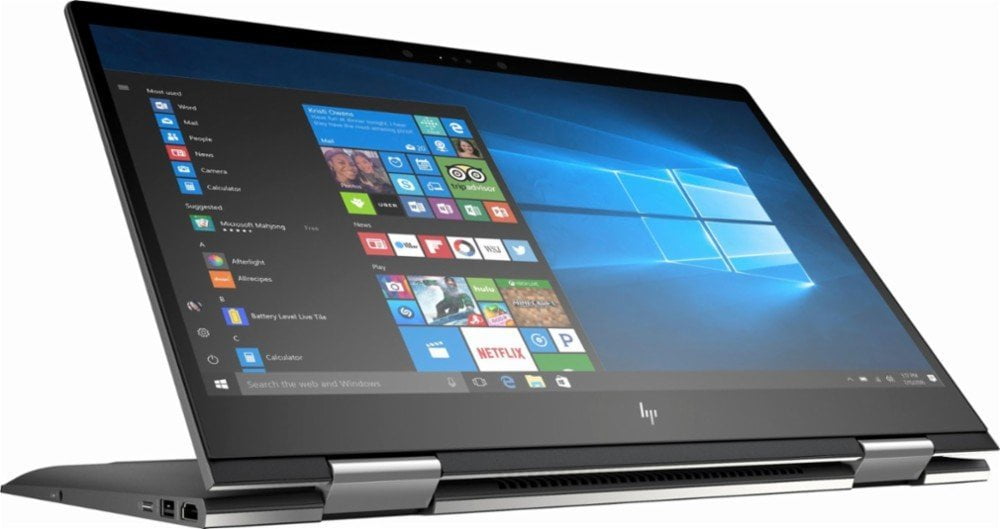 Check our list of the best AMD Ryzen laptops in 2018, and find out why these chips are an excellent choice if you are looking for a new laptop

Are you considering buying a new laptop? The best AMD Ryzen laptops available in 2018 are great options for anyone who wants a reliable device with some of the latest processing technology currently available.

AMD Ryzen: What is new?

For many years, Intel was the absolute market leader when it comes to laptops processor. Intel had so far the fastest processors and also the most efficient ones. While AMD has been always present on the mobile segment, the benchmark of their mobile chips was lagging behind for many years. That however, is changing with the new AMD Ryzen chips.

The first Ryzen chips were released in 2017, and their Zen micro-architecture is proving to be a game changer in the processors market. While a new line of desktop and mobile processors, AMD is making headlines with its latest technology.

AMD has announced and released a number o processors for laptops, with a good variety to choose from. The new AMD Ryzen laptop processors range from 2 cores with 4 threads, quad cores with four and also with eight threads. They have been not released at the same time, but mostly were released towards the end of 2017 and at the beginning of 2018.

One can expect to find AMD Ryzen processors from upper entry-level laptops to high-end laptops, as the benchmark of the models available is pretty varied. As mentioned above, their performane is much more competitive compared to previous AMD processors. Ryzen processors will bring the competition between AMD and Intel to new levels certainly.

As the number of models grow, expect this list to have some updates along the year.

This Acer Swift 3 is one of the top choices if you want to get an AMD Ryzen laptop. First of all the Acer Swift series was a award winning series before the arrival of the Ryzen chips, and it is one of the first to use them as well. Apart from a beautiful thin metal chassis, and compact dimensions, this Acer Swift is also extremely powerful.

The Acer Swift 3 is a good alternative to some ASUS ZenBook laptops, and even some Dell XPS models. You can read its full review here.

This ASUS ROG is the high-end gaming laptops bringing the new AMD Ryzen chips inside. It is certainly good news, as it will bring more competition to the gaming niche, and push the battle between AMD and Intel to new highs.

Apart from its powerful processor, you can expect all sorts of high-end specs on this laptop. It comes with the Radeon RX 580 graphics card, also bringing the latest technology from AMD in terms of graphics.

Its 16 GB DDR4 RAM will allow you to multi-task smoothly, even when you are working with heavy load software or gaming. Storage? Not a problem, this ASUS ROG has a 256 GB SSD and a 1 TB HDD, with plenty of space, but also the SSD speed for booting.

HP is also one of the brands investing on AMD Ryzen processors, and it choose its x360 series to start using them. The x360 is mid to high-end 2-in-1 laptop series, and is ideal for those prioritizing versatility. Apart from compact dimensions and a beautiful business design, this laptop brings some of the latest technologies currently available on the market.

The AMD Ryzen 5 2500U is a quad-core processor, a pretty efficient energy consumption and a high benchmark. Other than that, this laptop also comes with 8GB DDR4 RAM which is the standard for similarly priced laptops. It also has plenty of storage with a 128GB SSD plus 1TB HDD, in a perfect balance between speed and capacity.

Dell is another brand bringing a good variety of laptops powered by AMD Ryzen processors. This specific version is a 2-in-1 laptop, and is a great choice especially if you need a laptop not only for work, but also for entertainment purposes.

That is it for now on our list of AMD Ryzen laptops, and I believe this list will grow considerably. By the time this publication was released, Dell had announced that it will also bring AMD Ryzen processors to their Inspiron series. If you are considering buying other powerful laptops, check our post on the best i7-8550U laptops.