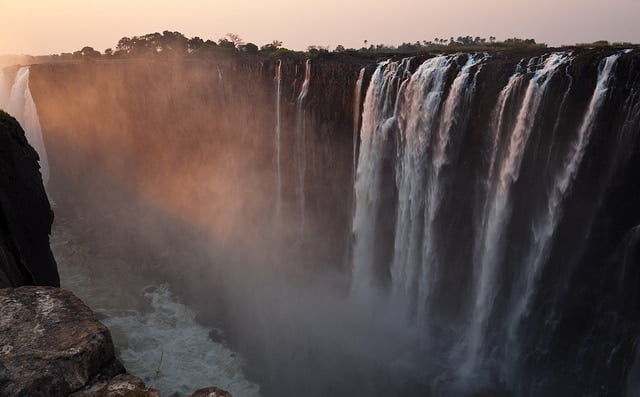 Africa is probably the continent with the biggest opportunities in internet business and development at the moment, this post will analyse the current trends of internet speed in the African continent.

This article will bring an in depth analysis of the internet speed in Africa, which countries have the fastest internet, and which have the lowest.

Measuring the Internet Speed in Africa

Internet in Africa still has a lot of room for improvement, having the worst average speed of all continents in the world. This can be explained by a lot of facts, such as, lack of public and private interest to fund improvements in the region, political instabilities in countries like Libya and lack of competition among service providers, who often do not have many reasons to improve their service, since they know it will be easy for them to keep their users anyway.

The data collected to support this analysis can be found in this report made by the company Akamai, an American tech company with a broad range of services, including hosting and streaming videos for big corporations such as Facebook, Amazon.com, Netflix, and others.

African Internet Speeds in the World

Most African nations have internet speeds 1000kbps to 2000kbps which makes of Africa unfortunately the slowest continent when it comes to internet average connection speed. To understand that number, most European countries have averages above 5000mps, while in South America and Most of Asia, speeds are usually above 2000kbps. Some exceptions do occur, and countries like Afghanistan and Yemen, in Asia, have speeds below 1000mbps, which are worse than most African nations.

Rwanda has by far the fastest internet speed in the region, benefiting from its small size and good stability in comparison with many other African nations. It’s speed its extremely high for Africa, and even if Rwanda would be in Europe, it would be in a comfortable position, ahead of many nations such as Italy and France.

South Africa is definitely not a surprise on this list due to its regional influence and developed infrastructure for African standards. Currently, there are ISPs offering speeds of up to 40Mpbs in South Africa.

Libya used to have one of the fastest internet connections in the African continent. After the fall of Gaddafi, the country is still facing a very complicated political situation which is harming infrastructure projects in telecommunications and other areas.

Internet in Burkina Faso is extremely underdeveloped with just 3.7 users for each 100 inhabitants (the prevalence in Africa is 16 per 100). Even if this number is increasing, Burkina Faso is doing pretty bad, and it has just 1 ISP.

Mali has a long tradition of poor internet performance, ranking 123 out of 125 by the UN in 2002. Even if the number of users has recently increased, and they do have more ISPs than Burkina Faso, internet in Mali is still sluggish, and they are in the first position for Africa’s slowest internet providers.

Sources that helped to give this insight on the Internet Speed in Africa: Akamai, Wikipedia.

1 thought on “Fastest and Slowest Internet Speed in Africa”