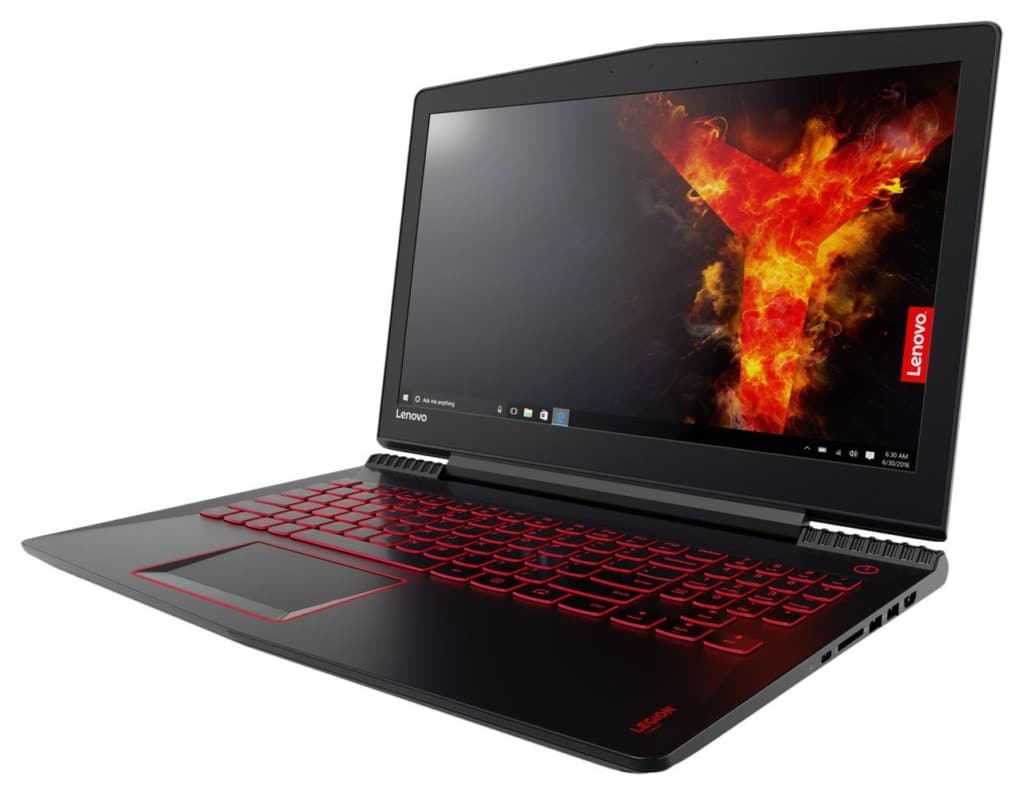 The best gaming laptops under $1000 are listed in this post, analyzing its main advantages and hardware specs

Are you looking for a gaming laptop under $1000? Check our list featuring awesome laptops with powerful hardware and a budget under 1000 dollars in 2017.

Check our table below with the best gaming laptops under 1000 and a few quick steps about each one of these models.

Now let’s analyze gaming laptops in this budget, and review all these laptops listed on table.

If you like games and portability you know that it can be quite tricky to run some of them smoothly on your laptop. However, it is possible to get an awesome laptop which will run most of the games release this year under a limited budget.

Most PC games require processing power and good graphics. This is something pretty obvious and applies to laptops and desktops. However, it is much easier to get an affordable desktop, or even assemble it for a cheap price.

Laptops are slightly different. Manufacturers must squeeze powerful hardware, and be able to cool them in a rather limited space.

The good news is that you can get awesome gaming laptops under $1000, featuring the latest hardware, a beautiful design and a reliable chassis.

However, there are some important points you should keep in mind about these laptops. The most important hardware components, are their CPU and GPU.

From our list of the best gaming laptops under $1000, all of them have the latest technology in terms of processor and graphics card.

When it comes to processor, I suggest two generation of the latest Intel chips. They are the sixth (Skylake) and the seventh (Kaby Lake) generation of chips.

Among these, I’d like to highlight the Core i7-7700HQ processor. In my opinion this laptop is offers the perfect combination in terms of price and benchmark for laptops currently.

The graphics card is the second most important hardware component of a gaming laptop. Fortunately, you can find great laptops under 1000 dollars with very powerful video cards.

If you are buying a laptop for gaming purposes, its highly recommended that you buy a mid or high-range dedicated video card.

For those considering laptops using GPUs from the GeForce 10 series, even the 1050 is pretty powerful. However, from the 1060 and up, the benchmark is considerably higher.

There are other hardware aspects of relative importance, depending on the user’s requirements. RAM is also pretty important, but in most cases you can expand it, especially if you buy a laptop with just 8 GB RAM.

Other aspects like screen size or storage capacity are rather personal, depending on how much you are going to need it. However, I’d recommend gaming laptops with at least 14 inch screens. When it comes to storage, SSD is always a good idea.

Now let’s review each one of the best gaming laptops under 1000 dollars from our table. 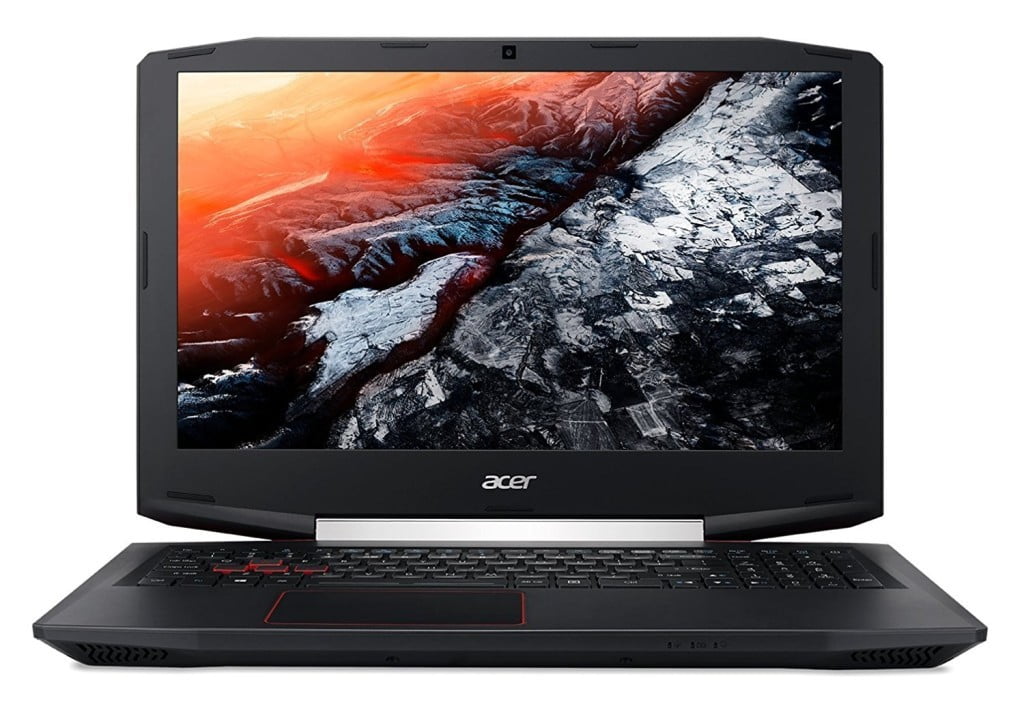 The Acer Aspire VX series is one of the best among affordable laptops. It has an aggressive design, and a very powerful hardware for its price.

The first impression of this laptop is very positive, as it has a sturdy chassis. Its distinguished design is comparable to considerably more expensive gaming laptops.

It’s processor, the i5-7300HQ, is a quad core part of the Kaby Lake generation of Intel chips. It is currently one of the fastest Core i5 processors, and has a pretty good performance in most games released in 2017.

Overall this is a great laptop and considering its price it is really one of the best affordable gaming laptops. 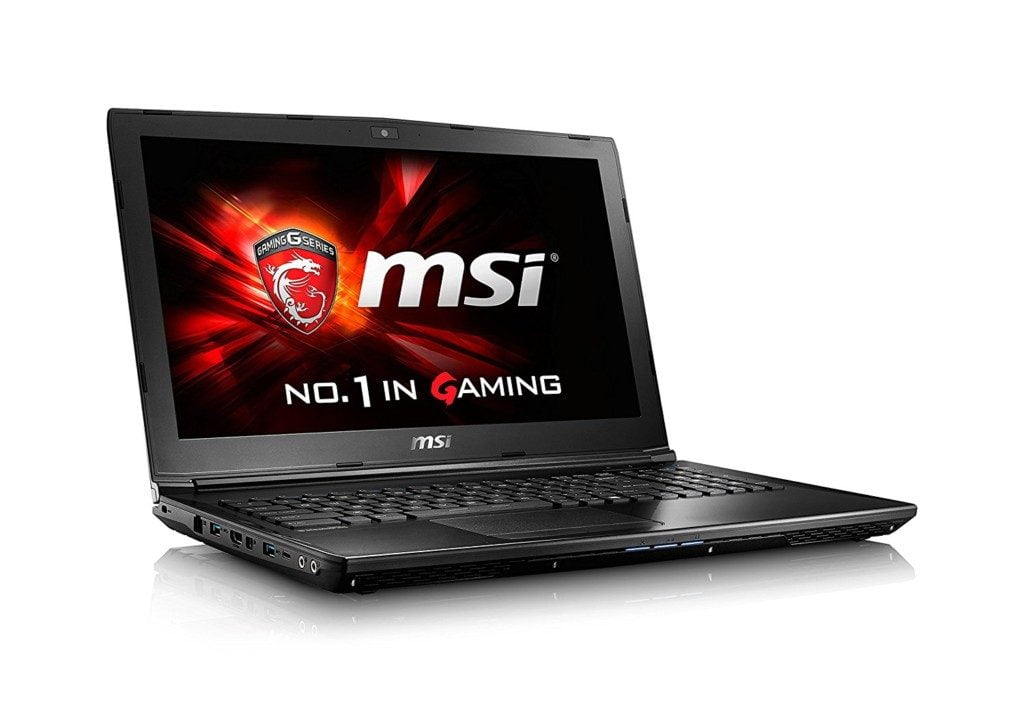 If you are into gaming you have probably heard of MSI. This Taiwanese brand is nest known for its powerful motherboards, but also manufactures state-of-art laptops.

The MSI GL62 7QF-1660 is one of most affordable high-end laptops produced by the brand, and has a very good hardware setup.

Starting from its processor, an all new Kaby Lake Core i7, we can notice that this laptop is ideal for gamers. The i7-7700HQ is not only a fast processors, but one of the best from the seventh generation of Intel chips.

Its graphics card, the GTX 960M is a mid to high range dedicated video card from the NVIDIA GeForce 900 series. Despite being a good GPU, almost all video cards from the GeForce 10 series have a considerably higher performance than the 960M

Just like the Acer above, it also comes with 8 GB DDR4 RAM. You can easily expand its RAM with a small investment, and I recommend doing so. 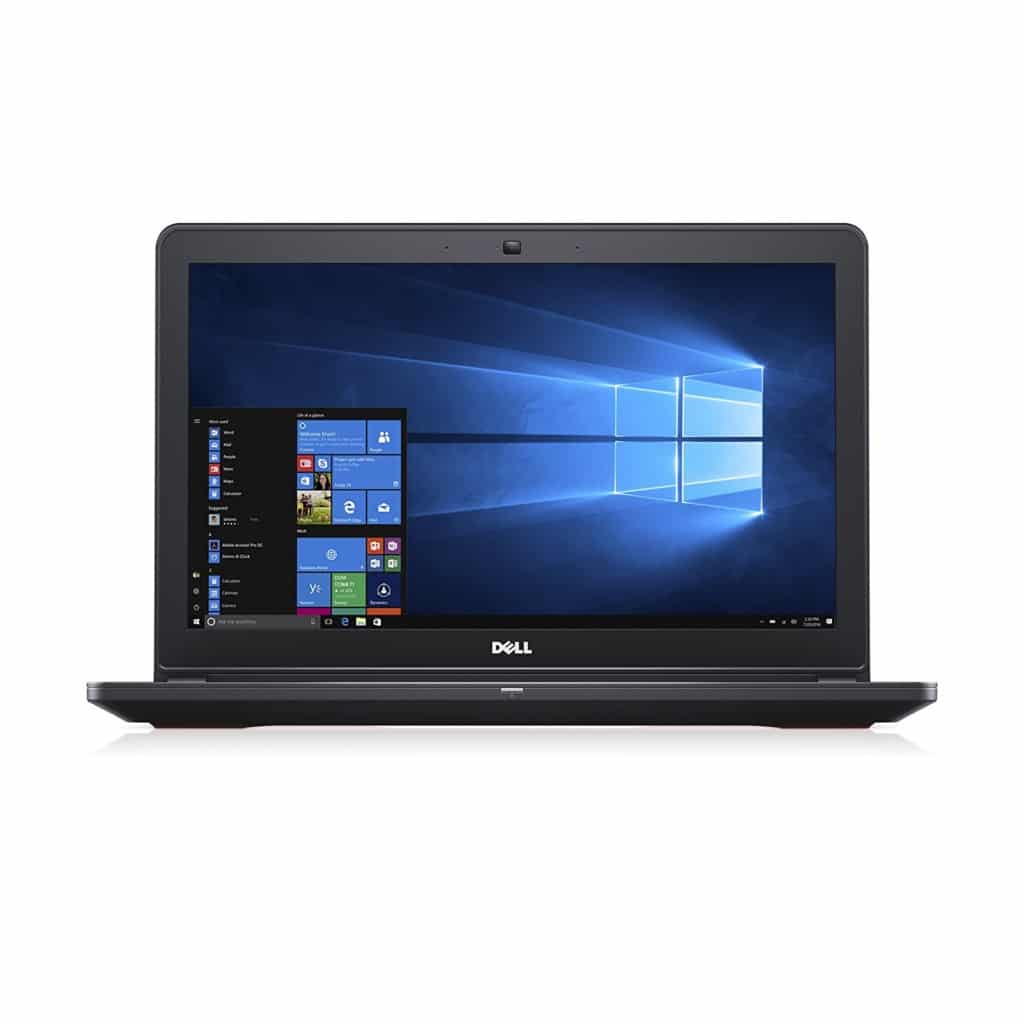 Dell is one of my favorite brands for high-end affordable laptops. The company manages to deliver low prices for pretty good laptops, since they have a huge structure.

This Dell Inspiron is the perfect example of how Dell knows the market well and what the customers want. It’s extremely affordable, and its hardware components are often found in much more expensive devices.

Starting from its processor, we can see that this laptop is a really powerful gaming machine. The i7-7700HQ quad core is the most popular mobile processor among high-end laptops released in 2017. It uses the hyper-threading technology to have an extremly high benchmark.

But that’s not everything for this Dell Inspiron. The NVIDIA GeForce GTX 1050 will allow a great gaming experienc for most games released this year.

Another advantage of this laptop is its hybrid storage, featuring a solid state drive and a hard drive disk. The SSD is a rather small one, but it will make a lot of difference when booting Windows, for example. 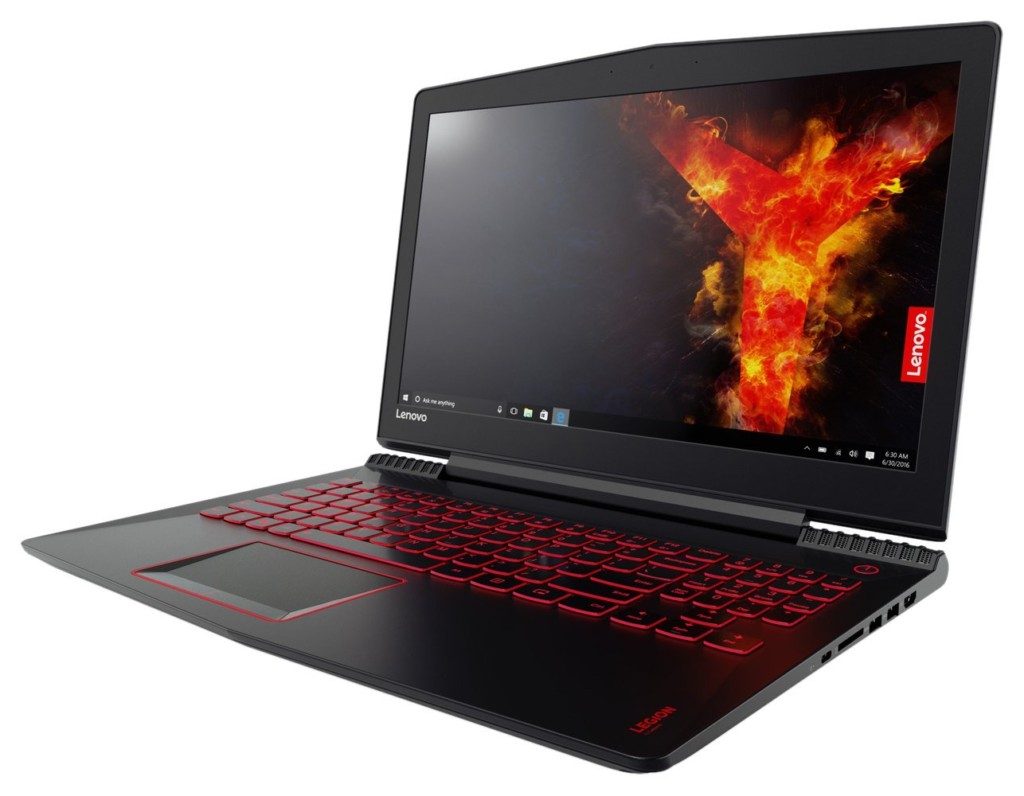 Lenovo might be not the first brand one thinks of when choosing a gaming laptop. Even if the brand does not focus so much in gaming like ASUS Rog or MSI, they do have some pretty good gaming laptops.

The Lenovo Legion Y520 is the perfect example of how Lenovo manufactures great gaming laptops. To make things better it is also pretty light, and on top of that, quite affordable.

The i5-7300HQ is a pretty powerful processor, from the Intel’s Kaby Lake generation. One may think that an i5 does not have a good performance, but the i5-7300HQ is a quad core chip, and has a performance superior to many i7 chips (the dual core i7s).

Other than that, it also comes with a pretty powerful GPU. The GTX 1050 Ti is pretty versatile, and has a considerably higher benchmark than the 1050. It has also a slightly better performance than the GTX 970M.

Its solid state drive has a storage capacity of 256 GB, which is probably the best arrangement for laptops under 1000 dollars (in my opinion).

Finally, its exterior and design is definitely in the top 3 from our list of gaming laptops under $1000. It looks sharp and elegant, with an aggressive touch, common among gaming laptops. It is aso very thin, just slighty more than 1 inch, which is less than most gaming laptops. 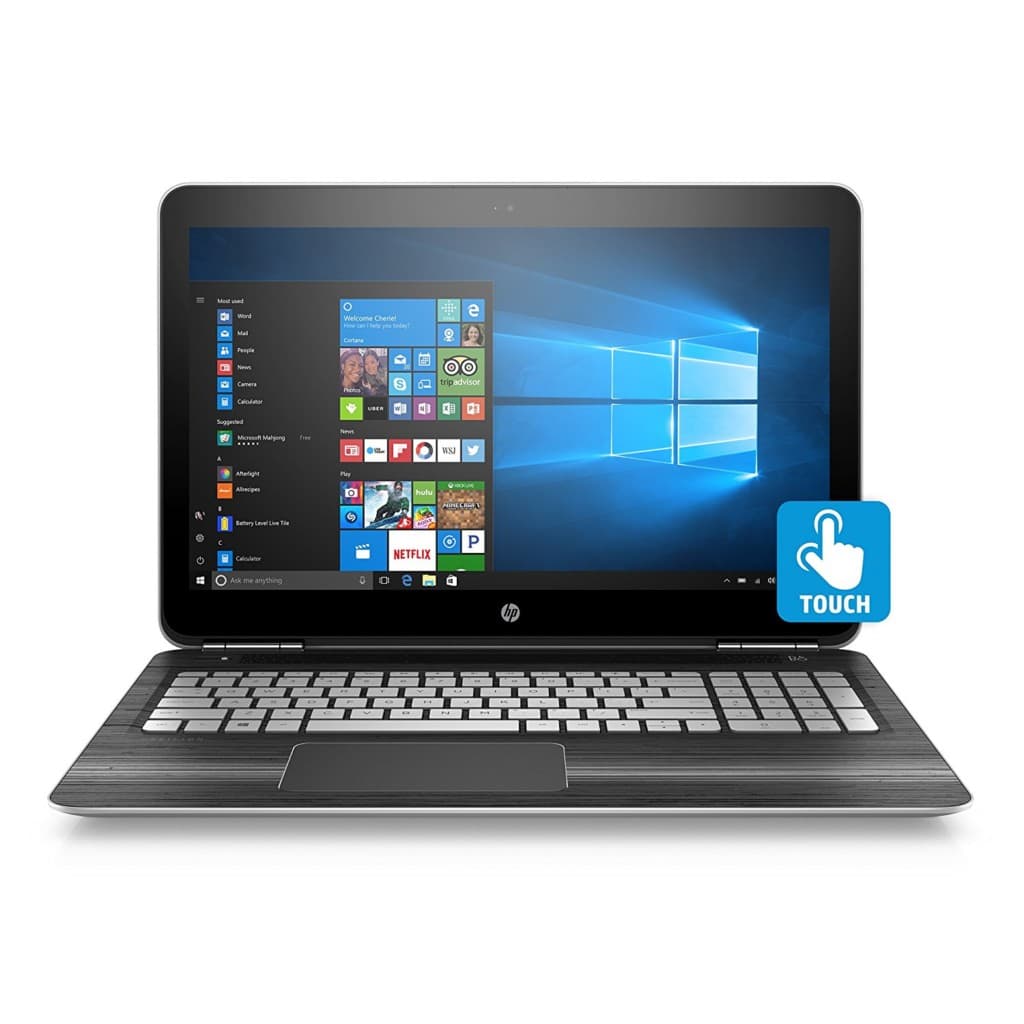 This HP Pavilion is a good option if you are looking for a gaming laptop, but you also need it for multi-tasking. Its elegant and business like hide an quite powerful hardware setup, including a Kaby Lake quad core processor.

From the first glance this laptop looks like your average office device, with a very clean and simple design. However in terms of performance it leaves nothing to be desired.

The i5-7300HQ is part of the seventh generation of Intel chips. As mentioned above, this processor is a quad core and has a pretty good performance on most games released in 2017.

Its GPU is one of the most popular in our list of the best gaming laptops under $1000. The NVIDIA GeForce GTX 1050 also powers this laptop and has a pretty satisfactory performance for gaming.

One of the key advantages of this laptop is the fact that it comes with 12 GB RAM. 12 GB is more than the average compared to other laptops in this list, and you will probably not need to add more RAM to this laptop.

Finally, considering its design, performance and price, this laptop is ideal for students and young graduates who need to get their projects done but also enjoy gaming. 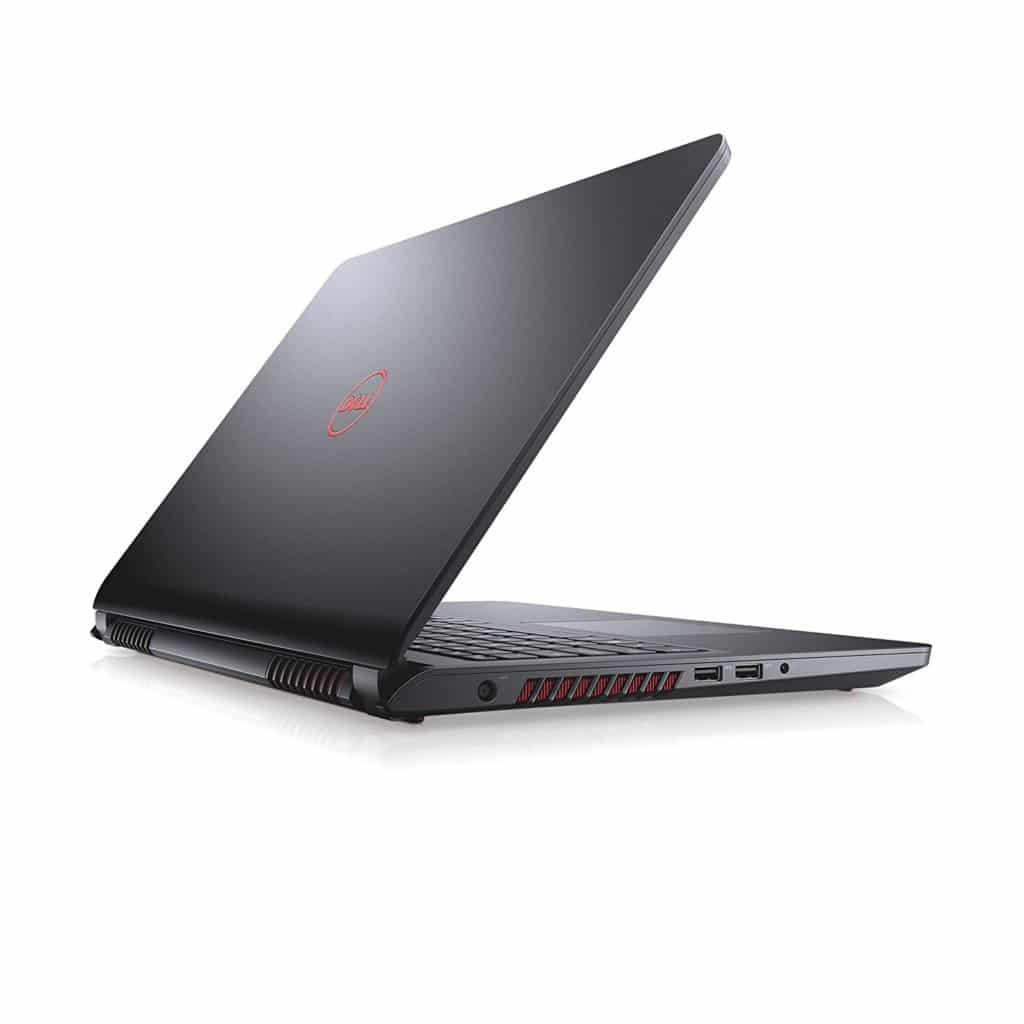 This is the last model from our list of gaming laptops under 1000 dollars, but it doesn’t mean it deserves less attention.

The i5-7300HQ powering this laptop also powers other laptops in this list, and is one of the best affordable processors for gaming laptops this year.

Other than that, it has a pretty good setup for its price, including 8 GB RAM (using the DDR4 technology) and a solid state drive with 256 GB storage capacity.

Its dedicated graphics card suits well to this Dell, as the GTX 1050 is powerful and yet affordable. It has a slightly better performanc than the GTX 960M, from the previous generation.

Should I Buy a Laptop Under 1000 Dollars?

Now that we have a brief review of each one of the best gaming laptops under $1000, we can more easily answer this question.

In most cases, a laptop under $1000 will suit to most gamers, as they are pretty powerful. However for some purposes, they might not perform as good as you want to. That is especially the case if you run extremily heavy games or graphic add-ons that are very resource demanding.

For that reason, my recommendation is to check the system requirements of your favorite games, before buying your laptop. As system requirements are usually written for desktop PCs, you will probably have to compare the benchmark of the recommended PC settings to the hardware of your future laptop.

This can be tricky, but sites like PassMark have wonderful data on both laptop and desktop processors. It is also possible to compare desktop GPUs (these are usually much more powerful) with laptop GPUs.

Another option is to watch YouTube gameplay videos using the hardware you are considering. Doing these simple steps can help you to understand what you can expect of your laptop.