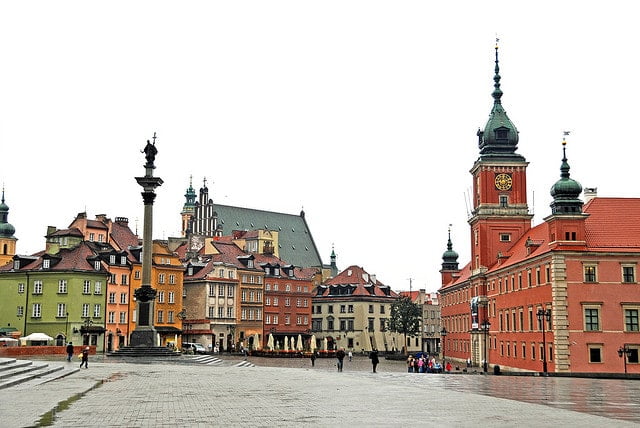 Another question that you might be asking is “When did Poland join the EU?”. Poland was one of the many Central and Eastern European countries that joined the European Union in 2004. Slovakia, Czech Republic, Slovenia and the Baltic States (Lithuania, Latvia and Estonia) were some of the other countries that have also joined in the 2014.

Poland has performing really well compared to most of its EU counterparts in the last years, but it still didn’t help the Slavic nation to have a similar GDP per capita as its western counterparts like Germany and France.

That’s partly explained because, since 2004, and specially from 2008 on, the global economy hasn’t showed any big improvement anywhere in the world with the exception of few Asian and African countries, which means, in other words, that despite being a member of the European Union, Poland will not be a rich country any time soon.

According to Wikipedia, the average salary in Poland for 2015 was just above 600 euros, which is more than its northern neighbor Lithuania, which ranks just under 500, but below other countries that joined the EU in 2004, such as Slovakia and Czech Republic, which have average salaries around the 700 euro mark.

These are all net figures, since the average gross salary is 4093 PLN, or, a little under 1000 euros.

What can we expect for the Polish economy and participation in the European Union for the next years?

Despite Poland forecast for a GDP growth of 2% in 2015 and a similar growth to be expected in 2016, the Polish economy is unlikely to show any big improvement in the next years, having salaries in accordance with most Central and Eastern European countries, a lower cost of living than Western Europe, and a probably growing bureaucratic for doing business.

But what if Poland wouldn’t be a part of EU? 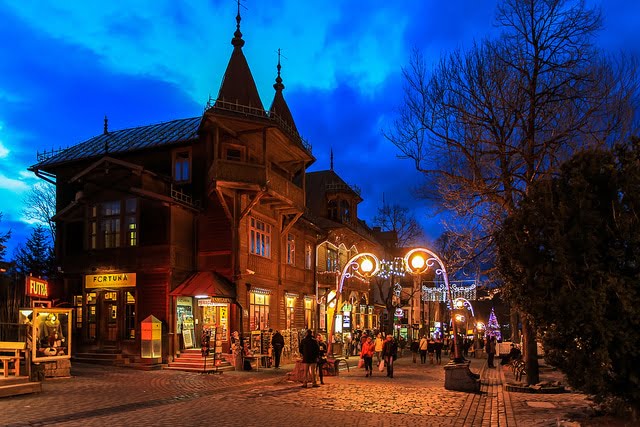 There is a number of people, called the Euroskeptics which suggest that Poland could be better off outside the EU, and that is partly true. For them, the question to be asked is not “Is Poland in the EU?” but rather “When will Poland leave the EU?”.

It would allow Poland to manage its finances and attract investments according to its own interests without any approval from Brussels, but, there would be a huge problem.

Other countries in the region would haven’t joined EU for different reasons are finding themselves in a much worse situation:

While Ukraine’s economy is completely ravaged by war, corruption, currency devaluation and social tensions, Belarus is doing much better, but average salaries are half of those in Poland, and the cost of living, at least in Minsk, is not much lower than the numbers in Poland.

So knowing the answer for the question “is Poland in the EU” might enlighten the reader regarding the country’s social status but it doesn’t mean that Poland will by any means, become a wealthy country in the next decade.

However, considering the current global social and economic trends, Poland still find itself in a very comfortable position. It is one of the Safest countries in the world, it’s cost of living is relatively low and allows a good standard of living without the need for an extremely high income (which is the case, in most of German and British big cities).

In the last part of this article, I would like to simulate the cost of living for a single person in Warsaw living on a budget, but with the minimum levels of dignity, so in case you have a job offer in Poland, specially in Warsaw, bear in mind that your offer should at least meet the value of this simulation, to guarantee yourself a pleasant stay:

The sum of these factors gives us an approximate minimum cost of living for Poland (Warsaw) in 2016 at 3150 PLN, or 780 US dollars, which, for Europeans terms, and to have a decent life with a good amount of comfort and satisfaction, is quite excellent and affordable.

If you like Poland is will be forced to move there by your company, you should really considering to read The Essential Guide to Being Polish, a book that will definitely help you to understand Polish mentality and Poles. It will certainly bring a lot of knowledge beyond the question “Is Poland in the EU?”. Click here to read more and buy The Essential Guide to Being Polish from Amazon.