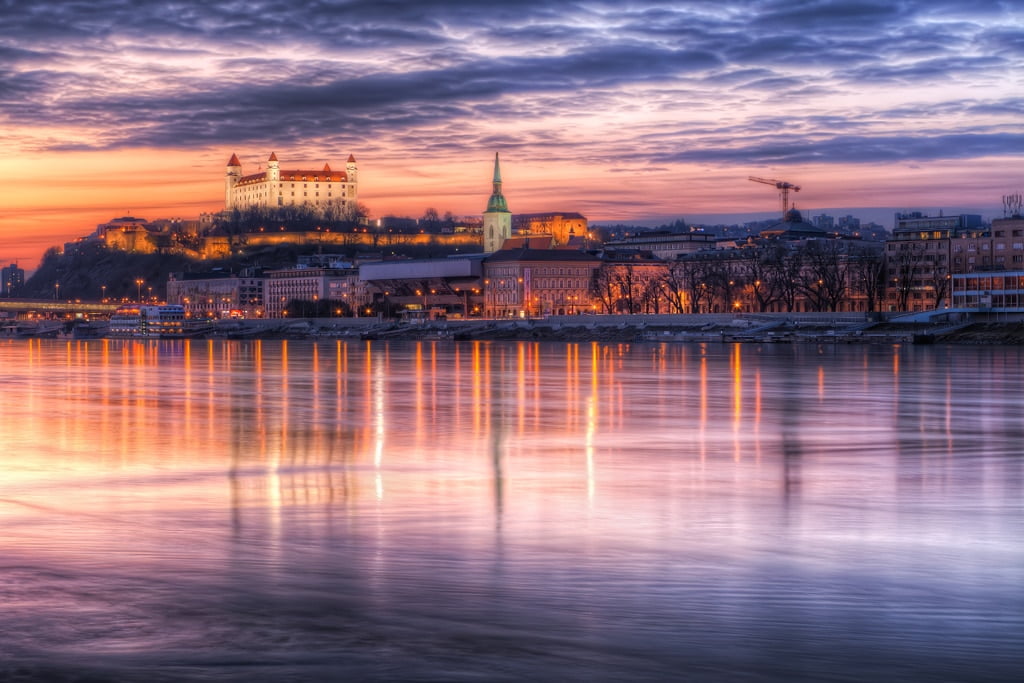 To answer a question that seems simple as “is the Slovakia in the EU” a simple yes would be enough for most of us to know that Slovakia is in the indeed in the EU, but that doesn’t entirely explain the transformations this tiny Central European country has been passing through the past decade.

Slovakia Prior to the EU

Slovakia was the poorest side of Czechoslovakia, and it’s biggest city, Bratislava, which was once a part of the Austro-Hungarian empire had little to no influence in the international political scenario. After the disastrous communism experience ended in the Europe, the Czech Republic and Slovakia decided to part ways in a pacific process, which, in one of the very few cases (or maybe the only case) where a country split and it was rather beneficial for all parts involved. After independence Slovakia quickly improved its global importance and in 2004 together with its Czech brothers joined the European Union.

As the country joined the EU in 2004 the financial system was flooded by EU funds and also foreign investments (as being a member of the EU brings a good level of implicit stability).

Several industries moved from Western Europe to Slovakia attracted by cheap labour costs, and Slovakia benefited from an optimist scenario until 2008 with the world crisis.

Currently the unemployment situation in Slovakia is relatively good, but far from excellent. Despite the fact that Slovakia is one of the fastest growing economies in the EU, expensive labour costs since Slovakia joined the Eurozone are hurting the job market. Many companies prefer to invest in countries like Czech Republic or Poland, which aren’t part of the Eurozone and therefore profit from cheaper workforce.

You can check a detailed chart of Slovakia unemployment here.

Slovakia is a Eurozone member since 1 January 2009, and it has brought mixed feelings to the population (like everywhere else – except Germany). The Euro currency brings a high level of stability to any EU nation that uses it, allowing investors to be confident to start many different projects in the country, but it has also a negative side.

Since 2009 Slovakia has seen a rocketing rise in salaries, which is good for the population, but an even greater rise in cost of living, specially in rent, household utilities and transport, elements which are not superfluous and certainly affect negatively the daily life of most of Slovaks.

Cost of living in Slovakia

Since 2009 with Slovakia adopting the Euro, the cost of living in the country has increased sharply, rendering it a very unattractive place for digital nomads, home office workers and for a number of individual investors willing to start a business in the service sector, or invest in the real estate.

You can see a thorough analysis of Slovakia cost of living clicking on this Cost of Living index. One can notice that the cost of living in Bratislava is slightly higher than that of Prague, Warsaw and Budapest.

One can also take a look at average salaries in the EU on this link from wikipedia. Despite the cost of living being higher in Slovakia, salaries in Czech Republic are higher, creating a situation that Slovaks have a considerably lower purchase power than Czechs, as they are earning less and spending more on a monthly basis. Slovakia’s average income is also almost equivalent to average salaries in Poland, which is another evidence that the population of Slovakia is being penalized by the Euro, at least when it comes to cost of living.