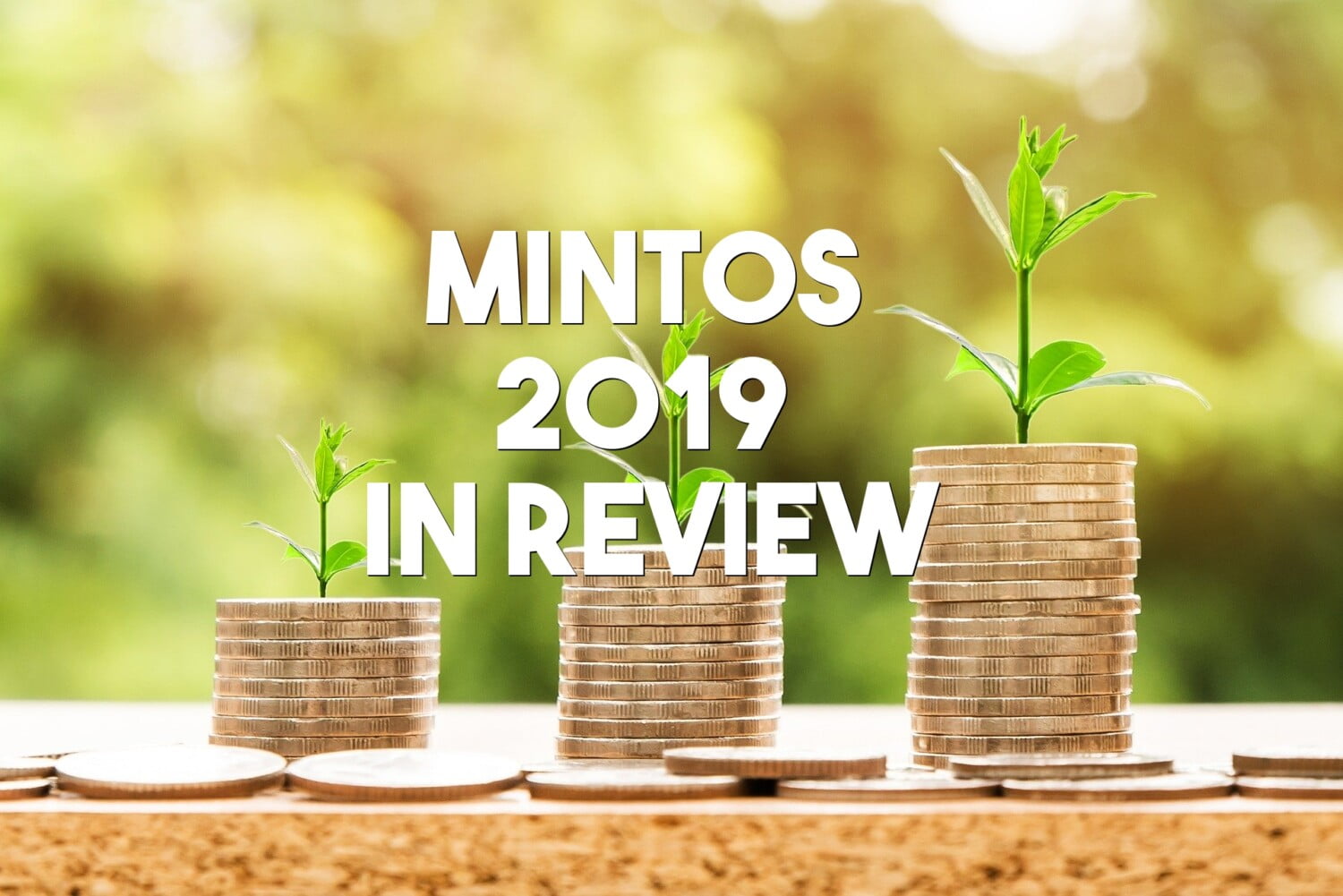 Mintos is one of our favorite P2P lenders with good reason. Let’s have a look at the incredible year in Mintos 2019 performance.

What was the year like for Mintos in 2019? We take a look below. 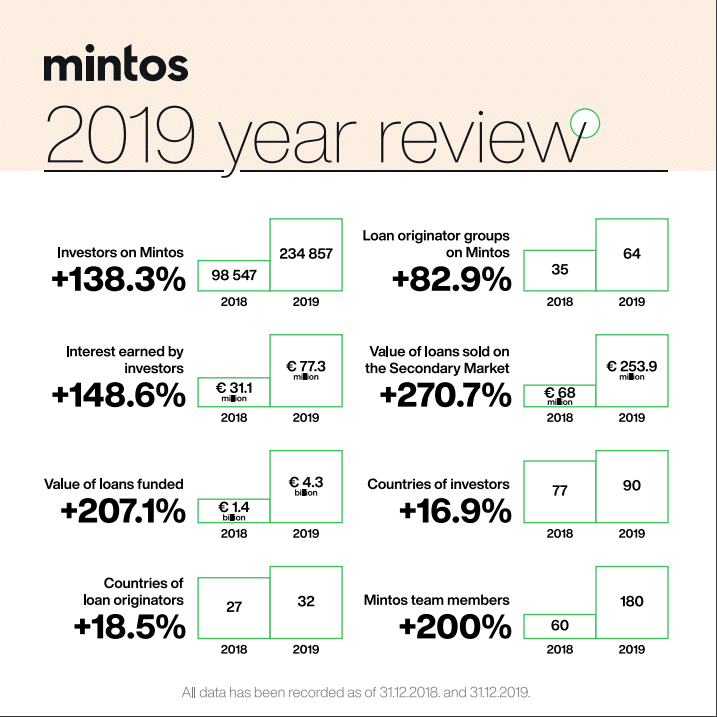 Mintos crossed several significant milestones in 2019. It funded Eur 2 billion worth of loans in April, another EUR 3 billion in Aug, and EUR 4 billion in November.

On average, each Mintos investor has EUR 4725 outstanding balance spread across 241 different loans.

In the secondary market, EUR 185.4 million worth of loans were sold in 2019, providing liquidity to investors wishing to exit the market earlier.

According to Brismo market data, Mintos is the leading marketplace for P2P loan investments in Europe. In the last 12 months alone, EUR 6.36 billion in loans were funded across P2P platforms in Europe, with Mintos contributing 40% or EUR 2.57 million of the total.

Also, the company scaled the team to facilitate growth. One hundred twenty new talents joined the team with new offices opening in Berlin, Germany, and in Vilnius, Lithuania, in addition to the head office Riga, Latvia. Mintos now has 180 people from 20 different countries of the world, further boosting cultural diversity.

Six months after the launch, almost 8.5% of investors use the Invest and Access exclusively to invest.

An Android app beta version has been distributed and being tested since January 2020. It’s set to launch officially to the public in the first quarter of 2010.

Mintos was a double winner at the AltFi Awards 2019. These awards were:

It was also listed in Deloitte’s Technology Fast 50 industry report in the Rising Star category as one of the fastest developing fintech companies in Central Europe.

If you use the links in this post to sign-up for Mintos you will get 0.5% of the total invested in the first 90 days on the platform. It is another great incentive to start using Mintos and the company has a number of ways to maximize your income, like loan cashbacks as well.