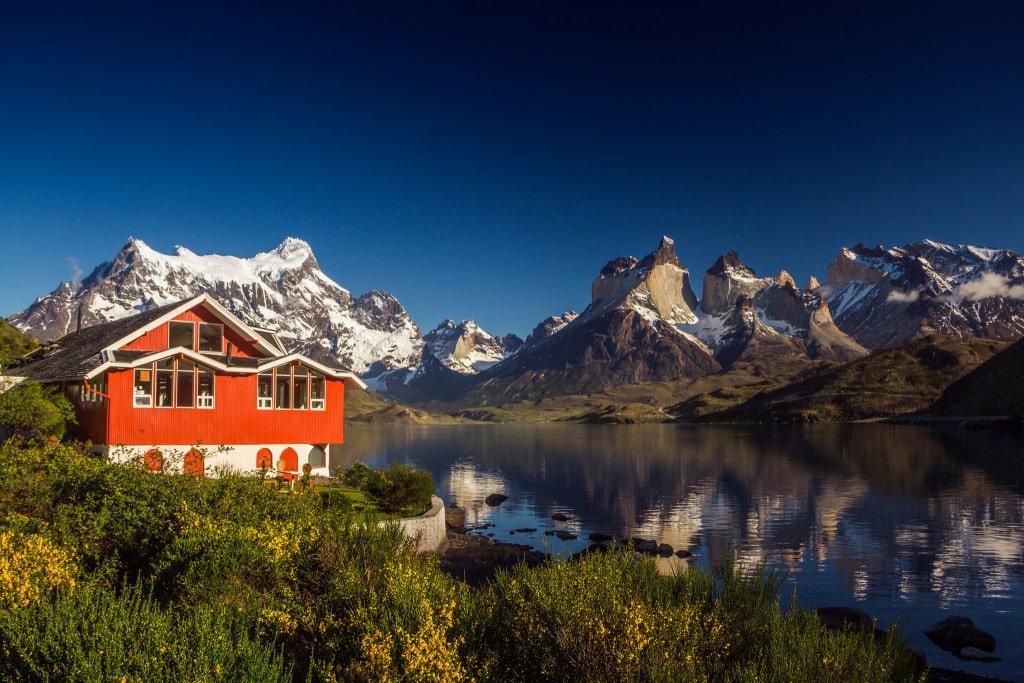 In today’s post, we will evaluate the costs of prepaid mobile internet in different countries of South America, trying to understand what factors influence each country’s mobile internet availability and affordability

As one can easily find out from this website, the availability and affordability of prepaid mobile internet varies greatly in South America, with the price for 1GB of data reaching as much as 30 times more from the cheapest country, to the most expensive one. Even if South America seems to be rather uniform country in terms of internet speed and coverage, there are still high contrasts among some countries in this Southern continent.

Determining the price of 1GB of mobile data

Each country, and each company providing prepaid internet offers different data packages, so in this article, I tried to calculate the price for 1GB of prepaid mobile data, dividing or multiplying the cheapest packages I’ve found for each country to obtain the price per GB, using mostly the data available on this source featuring prepaid internet on different countries.

Once the optimal price per GB was found, the values were converted to USD, in order to have an uniform measurement instrument to compare the prices among all South American countries. It is important to stress that those prices are only for prepaid plans, and any other plans one might get with a contract were not taken into consideration here.

Here is the chart featuring the prices per GB for prepaid mobile internet in South America: 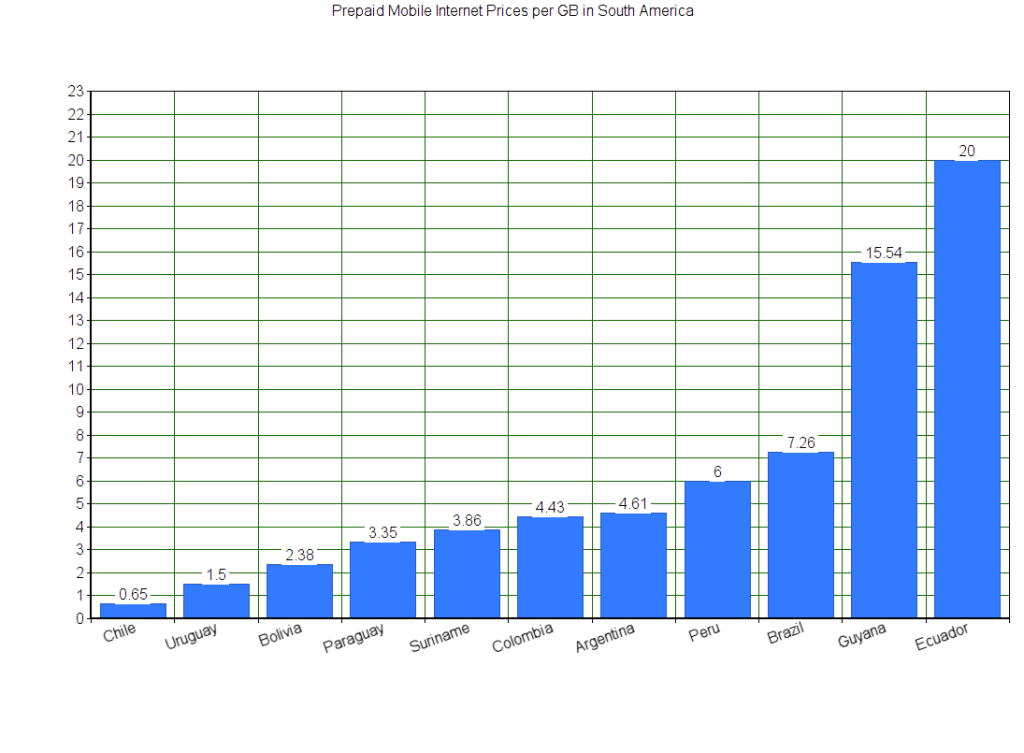 As we can see, Ecuador, a country using the USD as its currency has the most expensive GB of prepaid data in South America, at a staggering 20$ per GB, decent mobile internet usage in Ecuador is virtually impracticable. It is quite complicated to get a sim card in Ecuador, as in theory one needs to be an Ecuatorian citizen to buy it (although one provider offers a sim card for foreign tourists at 5$ for 300MB / 30 days).

On the top of our list with the best prices is Chile, the only country with a real unlimited prepaid internet plan at decent rates according to Wikia. Since the optimal plan is unlimited, the value of 100GB was used as a reference to calculate the price per GB. Many other operators in other countries claim to offer unlimited plans, but they mostly have slim figures such as 10-50mb per day, and after that disappointing speeds between 16 to 64Kbps.

No provider names are mentioned on this article, as its intent was just to analyze the availability of prepaid mobile internet in differnet South American countries.

Wikia: for all countries except Paraguay, Suriname and Guyana.

Venezuela has not been featured on this article since it’s confusing, state controlled exchange rates lead to absurd discrepancies when converting the local currency to USD.