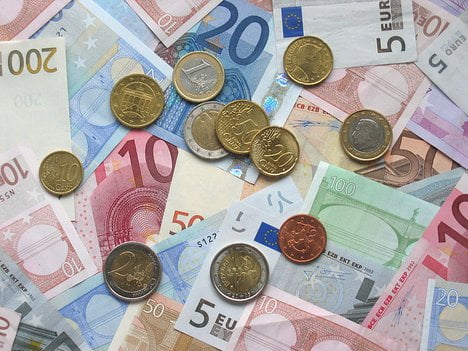 Today I bring you an analysis of the php developer salary in Europe, the perspectives and relations between the monthly wages and the cost of living in all of these locations.

There are a few important details that you must consider before going directly to the figures described on these analysis, and here are they:

1 – The salaries herein suggested are the result of calculating the averages suggested by each one of the data sources.

2 – The salaries represent the total amount per year and are brutto and in Euros.

3 – The salaries are a suggestion of a what a junior Php developer with 0-2 years of experience can theoretically earn, but there a number of variants that can influence such as the company size, project size, so the values should be interpreted as solely an expectation of salaries.

I chose the php developer salary for this analysis since it’s a very popular position inside the IT world, considering that the language itself has a lot of different uses in different industries and also the fact that the salaries for a php developer are somewhere in the middle of the IT salary chain.

These facts allow us to have a decent notion of what salaries could be from IT helpdesk level 1 position to java / c developers which in my opinion have probably the highest salaries among all the IT junior positions.

Php Developer Salary in Europe 2016 (Graphic on the bottom) – Analysis per Country region:

The bottom position of our php developer salary list is Ukraine, with a modest sum of 3389 euros per year for a junior php developer. Ukraine is facing huge economic challenges and a deep transformation since the Maidan revolution, and the ongoing war with rebel provinces in the east.

After Ukraine, but already way above in nominal terms, come the countries of Central Europe (Hungary, Slovakia, Czech Republic, Poland and Romania), which have successfully shifted away from its disastrous Communist past and adapted more or less successfully to the realities of today’s service industry.

It’s important to notice that Romania has an expected yearly salary of 19,772 euros for a junior php developer position, and if it’s really the case, it’s the best country in the region to be employed in the sector, since the cost of living is considerably lower than Czech Republic and Slovakia, for example.

Greece and Portugal were also somewhere in the middle of the Central European countries in terms of income for being a php developer, and in both cases a sluggish economy made this countries (specially Greece) to have a poor performance since the gdp per capita in thes countries is declining year after year since the global financial crisis in 2008.

Italy, France and Spain rank already comfortably above Romania in this index of php developer salary in Europe, since the gross domestic product is considerably higher.

Nevertheless the cost of living in these countries, specially Italy and France is quite high, so  I wouldn’t recommend any junior developer to start his career in a city like Paris or Milano, unless you want most of your salary going down the toilet with your rent costs.

Germany has similar cost of living to those of France and Italy, but the salaries in the IT sector (and in most of the sectors) are higher then the income in its neighbors, making Germany one of the favorite choices of almost any active  worker which holds an EU passport.

Finland is almost at the top of our list, and together with its Scandinavians neighbors, they enjoy extremely high salaries. This fact is also a problematic since, since it decreases competitiveness and all Scandinavian nations are actually facing already some years of economic stagnation or meagre GDP growth results.

Switzerland is by means not a surprise on the top of this list, and there are a number of reasons for that. The Swiss Franc has been having a bullish trend in the past years added to the fact that Swiss is not a member of the EU and has a more skilful government which truly knows how to attract global investors and help its workforce to enjoy one of the highest salaries in the world.

Here is the graphic with all the brutto figures for PHP developer salary in Europe 2016: 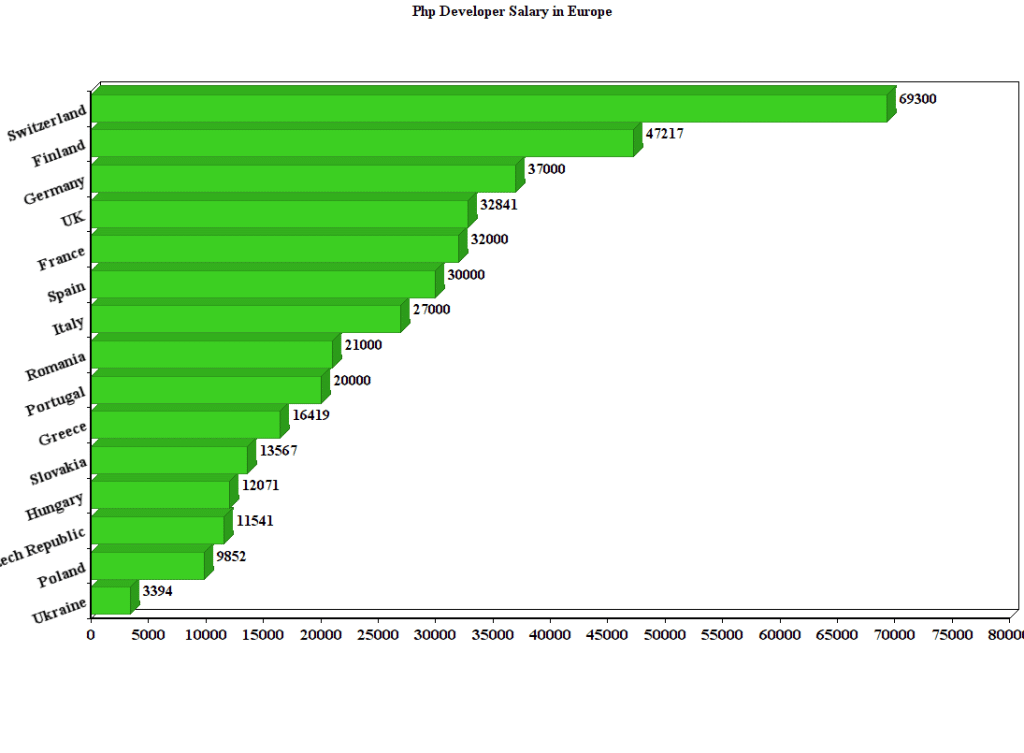 Sources for writing this report on the PHP developer salary in Eurpe 2016: