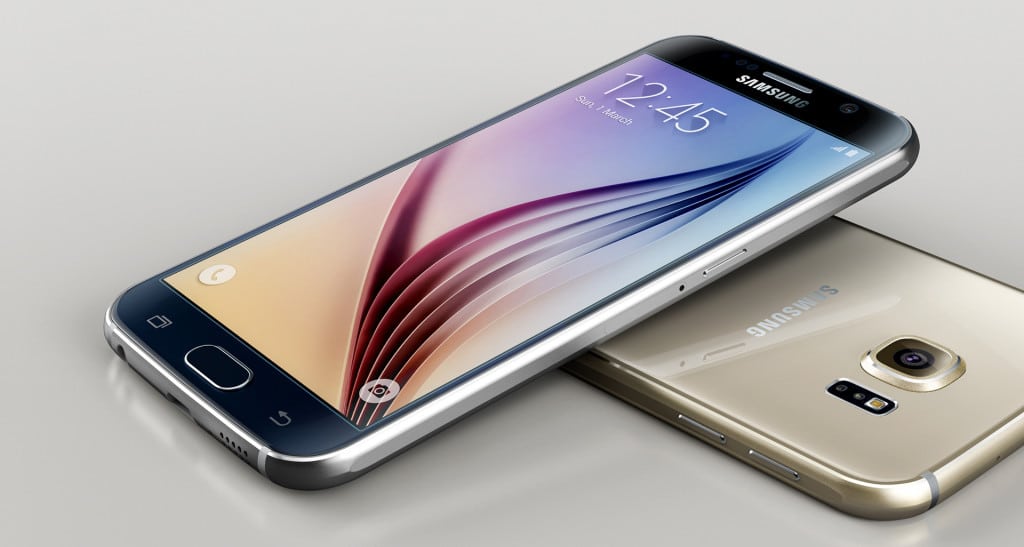 Here’s a list of Samsung S6 Price in Different Countries

Six months ago Samsung released the Samsung Galaxy S6 to the public worldwide, the main competitor for the Iphone 6 and a guaranteed presence in the wishlist of gadget lovers from all over the world. I’ve decided to shop around and verify how much would be the Samsung S6 price in different countries to verify which factors play a main part on setting the price for this Android device, and how much they do affect it.

I picked a number of apparently random countries, but in fact the choice was rather purposeful, in a sense that some countries are considerably worse when it comes to international trade, shipping infrastructure and taxes.

Among the Eurozone members there wasn’t any big surprise, neither a considerable price different, since the VAT (value added text) is not very different between the members of this union, and shipping costs / infrastructure are quite similar in all countries of the region.

Portugal and Spain were the most expensive ones inside the Eurozone (564$ and 574$ respectively), and I do remember from a trip I took to Portugal, that supermarket prices were about 30% higher there than they were in Germany. Portugal VAT is at 23% and I think its rather remote location in European terms also plays a considerate role on the price of the Samsung s6.

The cheapest one I could find in the EU was located in Latvia at 495 USD. It’s definitely not a very big difference, that would justify any trip to Latvia to purchase it, but, deserves a note that durable goods in Latvia tend to be quite cheap in comparison with other EU countries, specially cars (Latvia has one of the cheapest cars available in the EU, it will certainly deserve a post later on).

Switzerland is not a member of the EU but it has the cheapest mobile phones available in Europe, and these 2 facts are strictly related, as Switzerland taxes on products are much lower than its neighbors.

All this makes Switzerland a good shopping destination if you know where to buy, but buying from there into another EU country might result in custom duties, so check twice before you consider a shopping trip to Switzerland.

Low taxes (or no taxes) brought the United Arab Emirates to the second position of this list, also enjoying from an excellent air and sea freight infrastructure.

China is obviously the number one, since device itself is produced there.

Taxes in China are low on durable goods and the government makes its best effort to create the best possible infrastructure, mainly to dispatch the highest amount possible of Chinese goods abroad and keeping fuelling the country’s economic growth at an astounding rate of 6% (it is really a lot, considering that most countries are not growing more than 1% a year).

Now, the fun part, and a display of a how disastrous economic policies and a government made by people who have no idea how to manage even their private lives can affect the price of goods.

We got Argentina in the 2nd bottom position, a country which is bankrupt for 10 years, with a lot of international trade restrictions (to imports and financial transactions), bringing the S6 to an incredible rate of 1178 USD.

It can be in fact cheaper to fly from Argentina to China, buy one Samsung S6 in person, then just buying one from a retail store in Buenos Aires. Pure insanity.

And our first place, coming not as a surprise AT ALL is Venezuela. Life is becoming harder and harder since Hugo Chavez took power more than a decade ago.

Venezuela is a oil rich country, and its government is ruining all sectors of the economy with hard-to-understand measures to keep itself in power in a revival of Soviet Cuba.

There are 3 official exchange rates in Venezuela, and according to one of them, it costs 50 THOUSAND dollars. And according to the one most used by the population, it costs “only” 1973 USD.

Here is a chart with showing the values in Samsung S6 price in different countries. 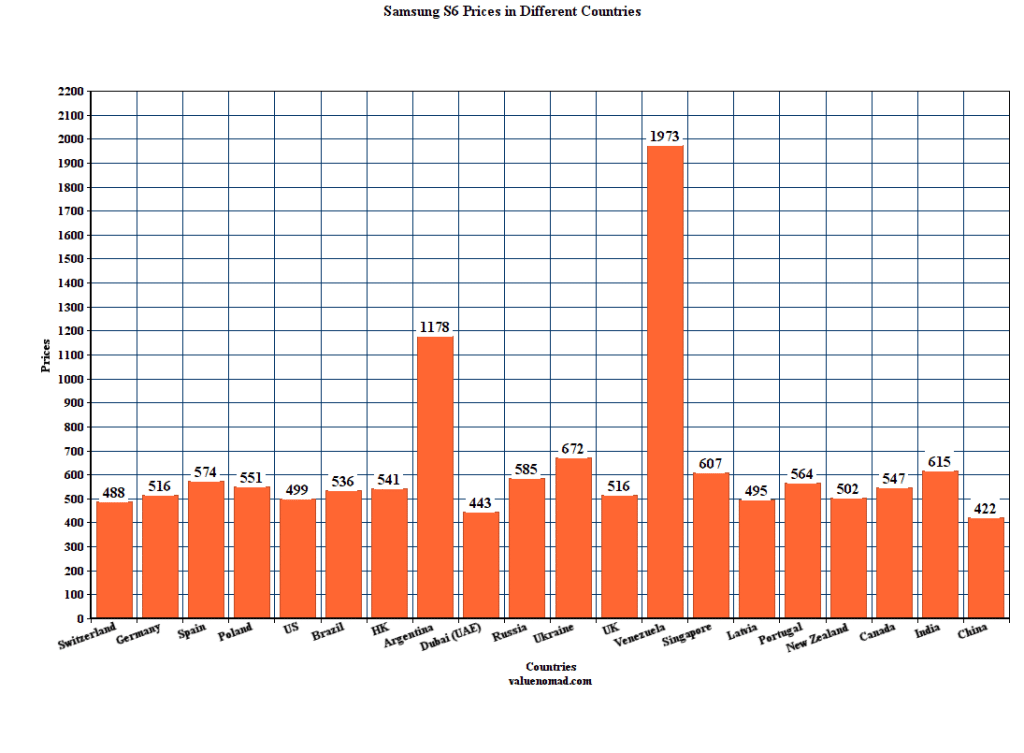 This chart was created with the Online Chart Tool, which is REALLY free, and doesn’t force you to sign up or buy anything there.

It’s really a pity that I could find such a big gap in Samsung S6 price in different countries, which does show that apart from OECB countries, there are many people in the world who will be certainly overcharged when choosing to buy a high end smartphone.