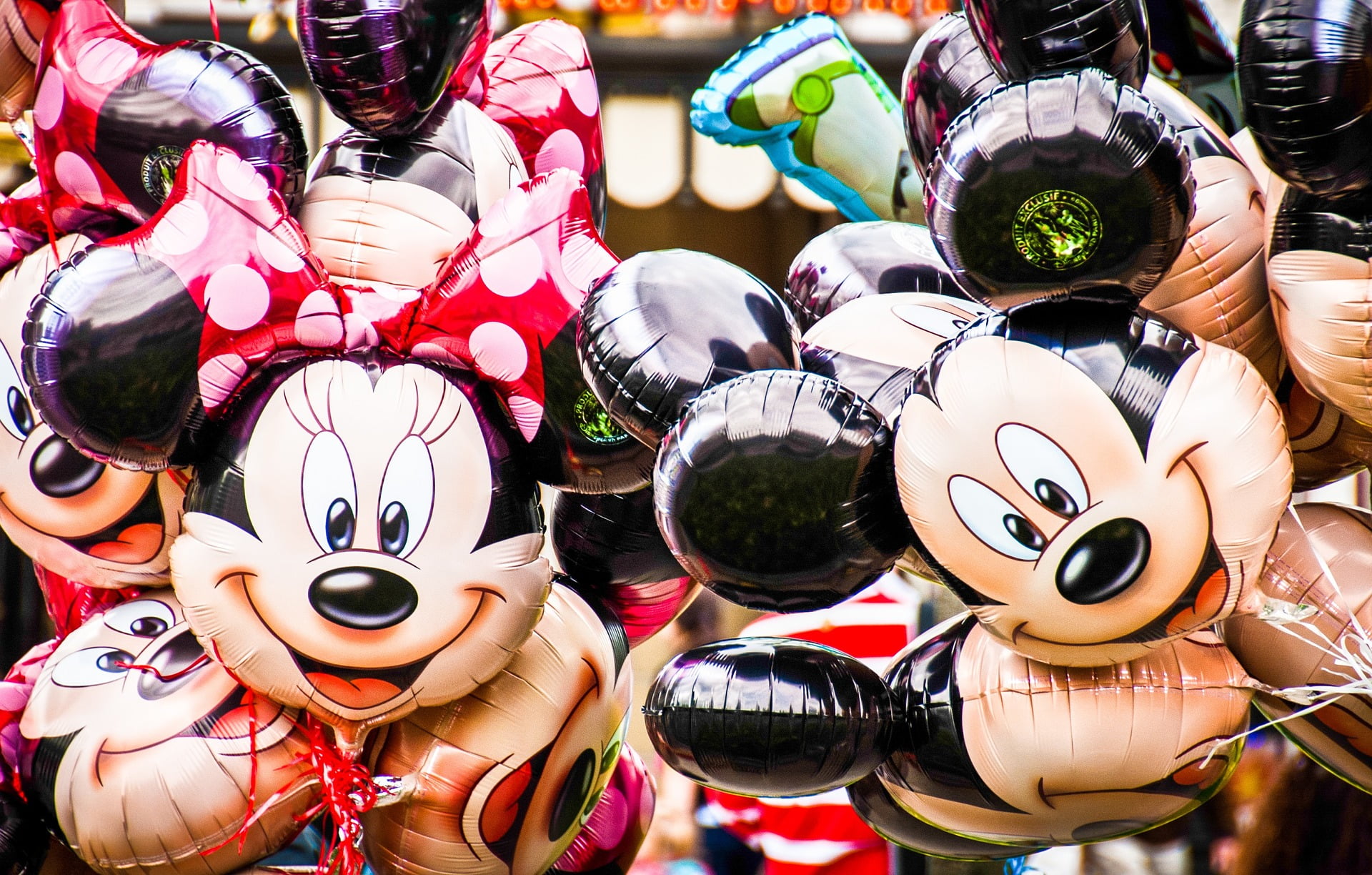 Your entire life changes the moment you have kids. While most of us understand that becoming a parent will mean less sleep and lots of diapers, we drastically underestimate the amount of kids shows we will watch.

Your favorite shows will be replaced first by cartoons, then live-action kid’s programs, and finally by tween and teen sitcoms. The good news is that The Disney Channel has several kid-friendly shows that parents won’t dread watching too.

If your family is like mine, one of your favorite ways to relax at the end of a long day is to gather on the couch, turn on the TV and watch our favorite family-friendly shows. And before you start worrying about screen time, you can take a deep breath and relax. Shared viewing experiences, in moderation, can actually be a positive thing.

There are many benefits to watching TV with your kids, including opportunities to discuss your family’s values, having some family bonding time, and turning screen time into quality time with your child.

According to The Child Mind Institute, watching your kids’ favorite show along with them not only “brings you closer to your child at a time when they are becoming less likely to confide in you, but watching together can spark conversations about subjects or issues that they otherwise might not feel comfortable discussing with you.”

Many kid-friendly shows lack storylines or characters that adults can connect with. As a mom of two kids, I’ve had great luck finding fantastic family-friendly shows on The Disney Channel that the whole family can enjoy.

While the Disney shows that you knew and loved as a kid, like “Boy Meets World” and “Doug,” are long gone, there are now plenty of series that are ready for the next generation to enjoy. No Disney Channel? No problem! Many of these shows are on other platforms like Disney Plus, Netflix, Prime Video, and the Disney Now app.

Here are nine shows from The Disney Channel that are kid-tested and parent-approved! So grab a bowl of popcorn and enjoy some couch time with your kids.

Best for families with kids of all ages.

Who doesn’t love mind-blowing magic and hilarious hidden camera pranks? Well, this series combines both of them in one program that your entire family will enjoy. Watch as YouTube personality, and magician Eric Leclerc amazes kids and adults through his magic on the streets of New York and Canada. You’ll be in awe of his creative and amusing antics like floating popcorn, a chalkboard that solves math problems and creating friendship bracelets in his mouth.

This Disney Channel gem stars Raven Symone in a spinoff of “That’s So Raven.” This show shares the story of two single moms, who are also best friends, as they move in together to raise their children. The two moms have very different parenting styles, which pay off when dealing with three kids under one roof.

The show does a great job of incorporating modern challenges to allow families to discuss their values and priorities. Kids and adults will enjoy the hilarious antics and realistic scenarios.

Liv and Maddie Rooney are teenage twins who are complete opposites. Maddie is a student-athlete, while Liv is a famous actress and singer. Dove Cameron from “The Descendants” fame plays both characters, amazingly. However, Liv and Maddie aren’t the only reason that your entire family will love this show. All of the characters in the series are hilarious and loveable.

The storylines are lighthearted, relatable, and totally entertaining. While Liv and Maddie are the stars of the show, their mom’s character will leave you all laughing hysterically with her comedic delivery.

4. Coop and Cami Ask the World

Coop and Cami Wrather are a brother-sister duo who have created the successful online show “Would you Wrather.” The savvy tweens harness the power of social media as they poll the show’s audience with this or that questions to make all of their decisions. From what they will eat for dinner to whether their mom should date the school principal, they always follow through with the results of their surveys. With a strong emphasis on family relationships and friendship, kids will enjoy the show’s events and characters, while the heartfelt and funny content will amuse parents.

5. Just Roll With It

Part sitcom and part improv, this family comedy series on The Disney Channel is like no other. The actors on the partially scripted show have arrived to film with their lines memorized in front of a live studio audience. Everything goes along as planned until the foghorn blast, and the audience gets to choose what happens next. No matter what the audience decides, the actors have to just roll with it and make it happen without any preparation.

The scripted portion of the show includes a heavy emphasis on themes that include blended families, step-parents, and other relatable issues that parents will appreciate. The series takes inspiration from “Whose Line Is It Anyway” and “Choose Your Own Adventure” books, and the result is an entertaining and engaging show that you’ll all enjoy.

Best for families with kids age eight and up.

This popular series is the type of show that Disney is famous for. “Bunk’D” occurs at Camp Kikiwaka, where the CIT’s (Counselors in Training) are the main characters in the show. As you can imagine, a kid’s summer camp provides the perfect backdrop for tons of family-friendly episodes covering topics like roommates, rival campers, and mysteries in the woods.

Best for families with kids age eight and up.

American teenager Kit Bridge’s entire world changes when her family moves to England. Her father’s been hired at Covington Academy, an elite boarding school that she now attends. “Ride” is a funny, heartfelt series that focuses on the relationships and challenges that we all face as we navigate changes in our lives. Filmed in an actual castle in Northern Ireland, you will enjoy the scenery as much as you enjoy the series. Chosen by Common Sense Media as one of their top picks for families, this Disney Channel show is sure to become one of your family’s favorites too.

Best for families with kids age nine and up.

A new original series, “Secrets of Sulphur Springs,” is full of family-friendly mystery and drama. Set in the fictitious town of Sulphur Springs, Louisiana, the show tells the story of middle-schooler Griffin Campbell. The boy and his dad have moved into the supposedly haunted Tremont Hotel, which is full of adventure, including time travel, ghosts, and an unsolved disappearance.

The mildly spooky show has enough suspense and mystery to captivate adults and kids at the same time while avoiding blatantly scary scenes. The veil of secrecy surrounding the story’s events provides a sounding board for discussing the importance of forgiveness and honesty.

9. Sydney to the Max

Best for families with kids age nine and up.

This modern family comedy series follows the lives of tweenager Sydney, single father Max, and grandma (Caroline Rhea) as the three generations navigate life together. The plot follows outgoing Sydney as she struggles to understand why her overprotective dad throws down so many rules and guidelines for her to follow.

Embedded into the show are flashbacks to the 90’s showing Max and his mom navigating many of the same situations that Sydney is currently experiencing today. The show’s premise helps kids see that parents faced the same challenges growing up and that they really do understand what they’re going through.

While parents traditionally tend to avoid kids’ shows due to annoying songs and cheesy actors, these Disney Shows are actually enjoyable to watch together and present a comfortable way for parents and kids to talk about sensitive topics.

With a wide variety of options from sitcoms, mysteries, dramas, and reality shows, you’re sure to find something that your family will love and perhaps become part of your family’s weekly routine.