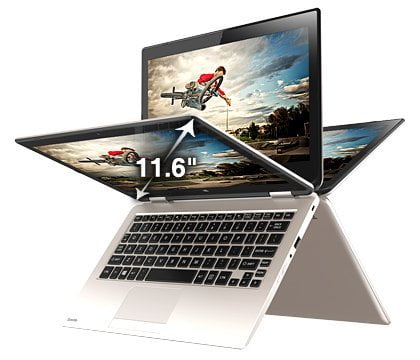 Let’s meet the newest Toshiba Satellite Radius 11.6 2-in-1 Laptop released in the beginning of 2016 and promising practicality at cheap prices.

Just as some other laptops we have reviewed here recently, like the Acer Aspire R3-131T and some of the latest Lenovo Thinkpad PCs, the Toshiba Satellite Radius is a compact laptop at an affordable price, aimed to users willing to perform routine tasks like editing texts, preparing college or university projects, and streaming videos or playing simple games to entertain themselves.

There are a few different series for the Toshiba Satellite Radius 11 coming out in 2016, but they share very similar hardware components, and all of them integrate the same price category. They are powered by Intel Pentium (for latest 2016 US models) Processors (N3700 or N3450) which are both quad core entry level processors. Unfortunately these processors do not have a high benchmark, but if you not playing to run the newest games or ultra heavy software for video rendering, they should be just fine.

A very good point of its laptop is its low weight of just 2.9 pounds, which is partially due to its small screen (11 inches) and also 128GB SSD storage (most of the Satellite Radius 11 have it), since solid state drives are normally lighter than hard drive disks. This laptop has a good advantage over Chromebooks and Cloudbooks which have also SSD drives but since they rely mostly on software “in the cloud” they have very low storage capacity (16GB or 32GB) which I consider below the acceptable as everyone always end up stashing multiple things on their pcs.

Being compact and having a economic processor and screen guarantees up to 6 hours of battery life for this laptop, which is above the average for laptops in general (which normally tend to have bigger screens), so the Toshiba Satelittle Radius 11 is definitely a good call if you need a device to take out on trips, or visiting clients.

Buying the Toshiba Satellite in the US (Amazon.com) and in the UK (Amazon.co.uk): 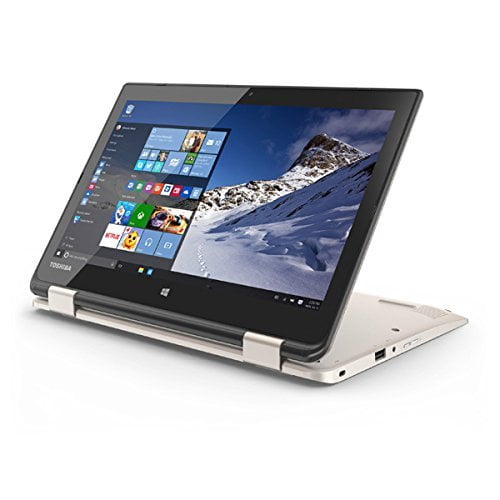 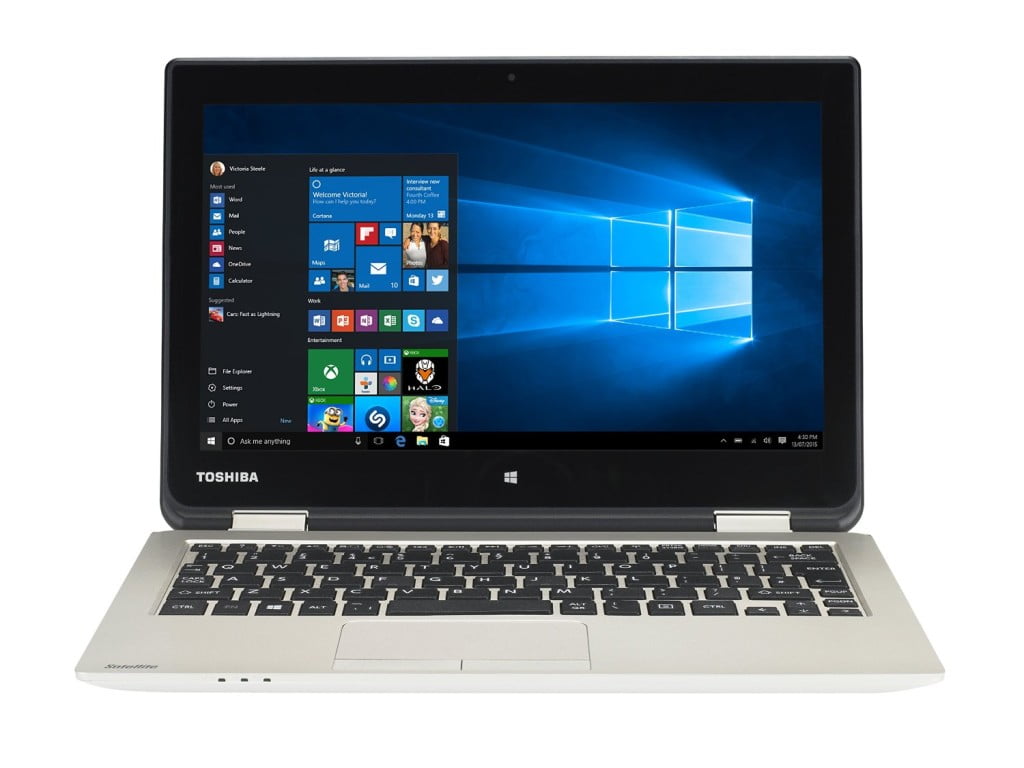 This UK model is slightly different than the US versions, as it has a 500GB HDD instead the 128GB, and a Intel Celeron N3050 processor instead of the Pentium processor, in the other model above.

Click here to read more and buy this laptop from Amazon.co.uk