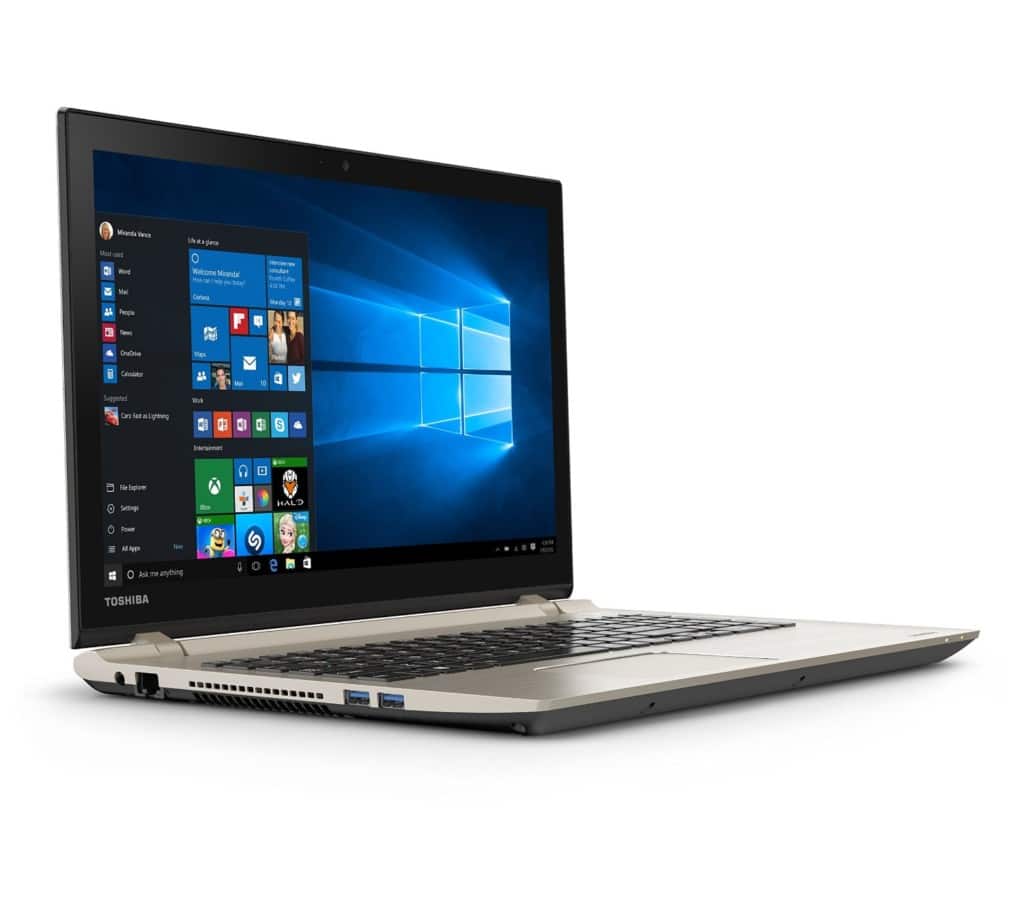 Today’s review is about the Toshiba Satellite S55t-C5165 Skylake review, one of the most elegant laptops featuring the i7-6700HQ quad core processor 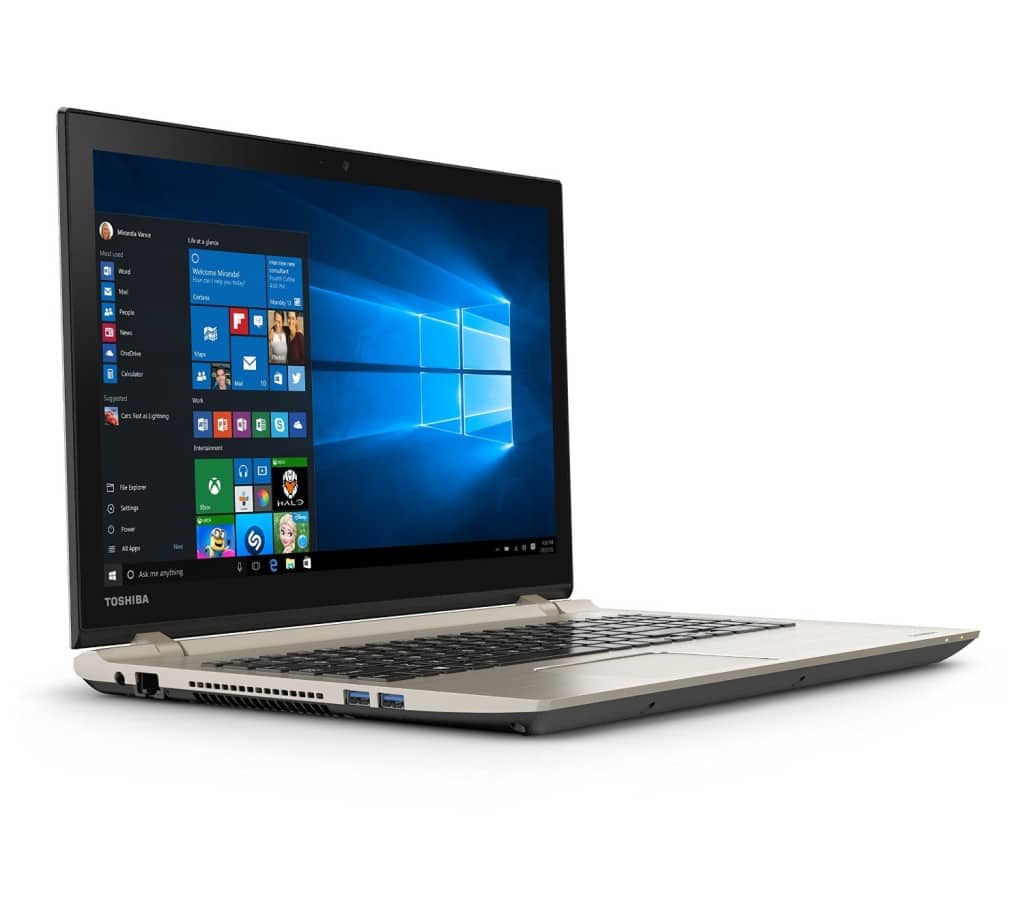 Among the most recent laptop releases the Toshiba Satellite S55t-C5165 is one that you should consider if you want to buy a powerful and beautiful laptop, with the most recent advances in terms of hardware and an elegant brushed metal chassis. Powered with Intel i7-6700HQ quad core processor and a dedicated video card by NVIDIA it may not only please those looking for a work laptop, but also be just the right choice if you are a gamer.

In most of the occasions, I am always disappointed to see that unlike other brands like Acer or Asus, Toshiba didn’t invest much recently into gaming laptops, or a gaming laptop series. Even if Toshiba has a high end line of computers called Qosmio, I wasn’t able to find any model available for retail in the US, powered by the latest generation of Intel processors.

I was more than happy when I came across the Toshiba Satellite S55t-C5165, since even if it’s not officially meant for games, it has an extremely powerful setup, and not only that, it is one of the least expensive laptops featuring the i7-6700HQ laptop, which is more often found in high-end gaming laptops.

On this price category, this Toshiba laptop deserves a lot of compliments. Apart from the i7-6700HQ processor, it has an hybrid storage system with a 1TB hard drive disk but also a 128GB solid state drive, which will give plenty of space to store your movies and files, but also guaranteeing a fast and smooth booth thanks to the SSD.

It also has a dedicated video card, which is a must if you are a game. The NVIDIA GeForce GTX 950M will let you run most games released in 2016 with a decent performance.

Finally it comes with 12GB ram, when most laptops come with 8GB in this price category, which means you won’t have to worry about upgrading your memory.

This is rather an exception, but there is virtually no negative sides I can point on buying this laptop. The only thing that may be a problem for some is the fact it doesn’t have a DVD/Blu-ray player. It might be consider heavy if you want to carry it around everywhere you go (but it has the same weight as most 15 inch laptops do). 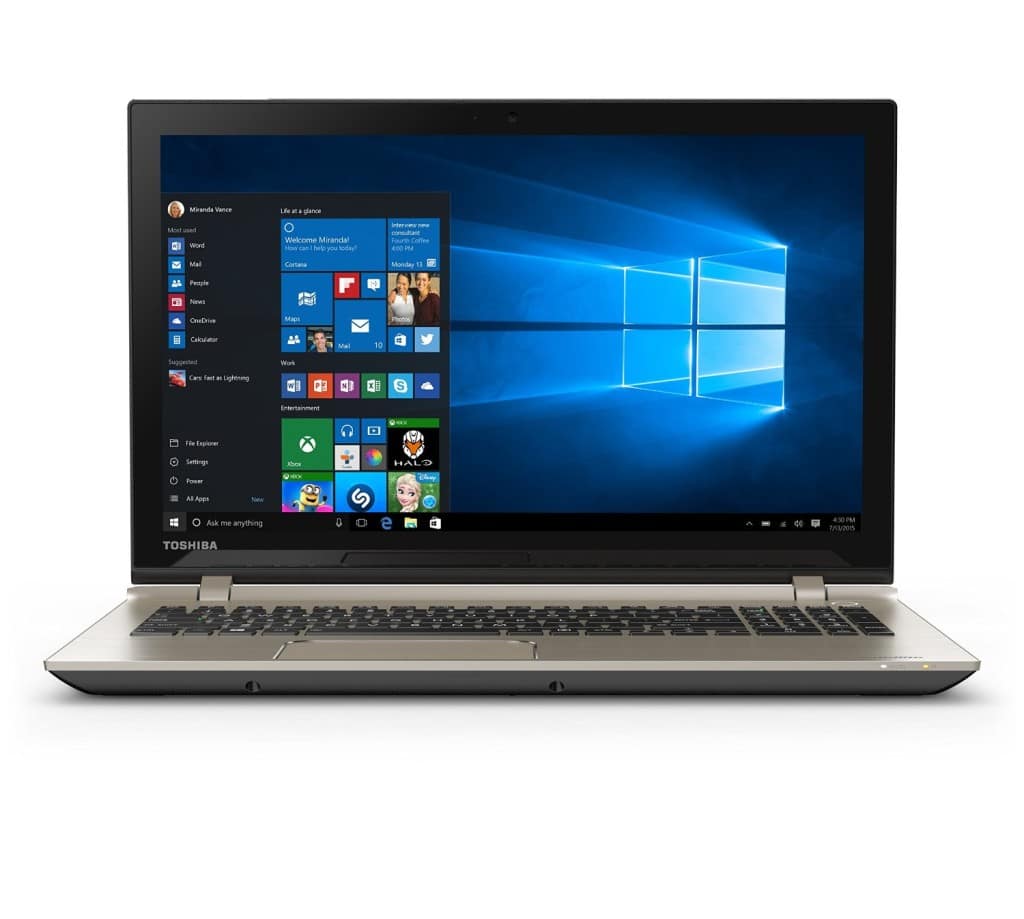