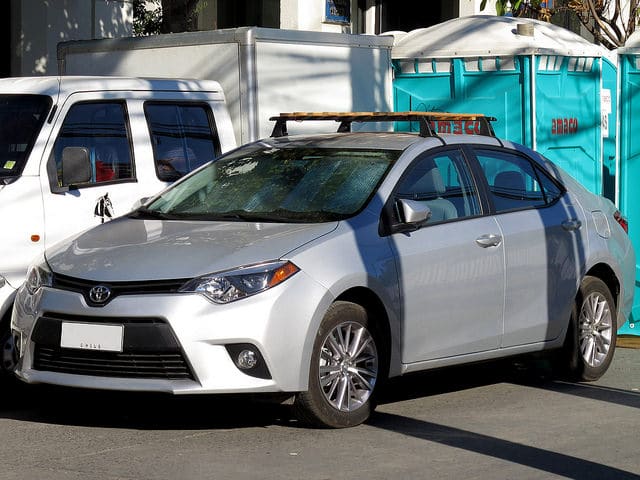 In today’s article I’ve researched the Toyota Corolla price around the world, to find some surprising results, of how cheap or expensive it can be to own one, depending where you live.

Since Toyota started it’s production in 1966, the Corolla sold over 40 million unities around the world in all of its generations and variants. The Toyota Corolla price around the world has become an index of reference for car owners to evaluate and compare the affordability of owning an automobile in different countries.

The cheapest place in the civilized world to buy your Toyota Corolla is – with no surprise – Japan. If you have 11936 USD it will be enough for you to get your brand new Corolla in 2016.

It’s important to notice that in Japan and Hong Kong they currently sell the so called Toyota Corolla Axio, a more compact version of the car that has little to do with the production model being sold in Europe and North America.

However, if we only compare these two countries, with the amount of money you can buy one car in Hong Kong, you could buy two of them in Japan, and still get some change for a few fuel tanks. Another odd enough fact about this is that Japan does actually produces the international version of the Corolla, but for export markets only.

If we don’t take the disgraceful Axio model in our comparison, Canada ranks as the first state in our Toyota Corolla price around the world index, as it benefits from having a plant Cambridge, Ontario, and also the typical low costs for car owners in North America as a whole.

The Corolla is one of the few cars that one can see in the streets of almost any country in the world, even in secluded places like North Korea or Turkmenistan. It’s currently being produced in 11 countries that range from Turkey to Thailand, via Brazil.

Going down on rank, if we take into consideration the cheapest as the first place, we notice a quite significant difference in prices for the Corolla in Europe, costing you from 14 to 16 grand in Serbia and Slovakia respectively, and going up to almost 22000 USD in Portugal.

It’s quite a significant price gap, considering that both Slovakia and Portugal are members of the European Union, and therefore should enjoy rather similar prices.

Argentina would be the most expensive country to buy a Toyota Corolla in 2015 / 2016 (if we wouldn’t have Singapore) since it has a very restrictive market due to the incapacity of the government to manage the country’s economy with the minimum of management skills.

Argentina already appeared on this blog in an article about the Samsung S6 price in different countries, with a price tag much above the other countries on that list.

Singapore is a micro-nation in South-east Asia, it has a high population density and the government created a number of measures to discourage people from buying cars.

Every year the government issues a number of Certificates of Entitlement, which would-be car owners have to bid on, in order to be able to buy a car.

This certificate of entitlement is valid for 10 years, and should be renewed at an again hefty rate if you want to keep your car. Apart from that, there are taxes, which are roughly 100% of the initial car value.

This brings our Toyota Corolla to an enormously gigantic and insane price of 79892 USD, being by far the most expensive place to buy a Toyota Corolla in 2016 in the world, with no perspective that there will be changes on Singapore’s position on this rank.

There are a number of countries that could also fit in our Toyota Corolla Price Around the World Index with very expensive price tags for the Corolla, an honorary mention goes to: Malaysia, Thailand, Venezuela, Indonesia and Nicaragua, which are countries known for overcharging car owners with taxes and fees due to market restrictions, poor government trade management and other factors that influence the car price.

Below you can see a chart with all of the 15 countries researched to build the Toyota Corolla Price Around the World Index. 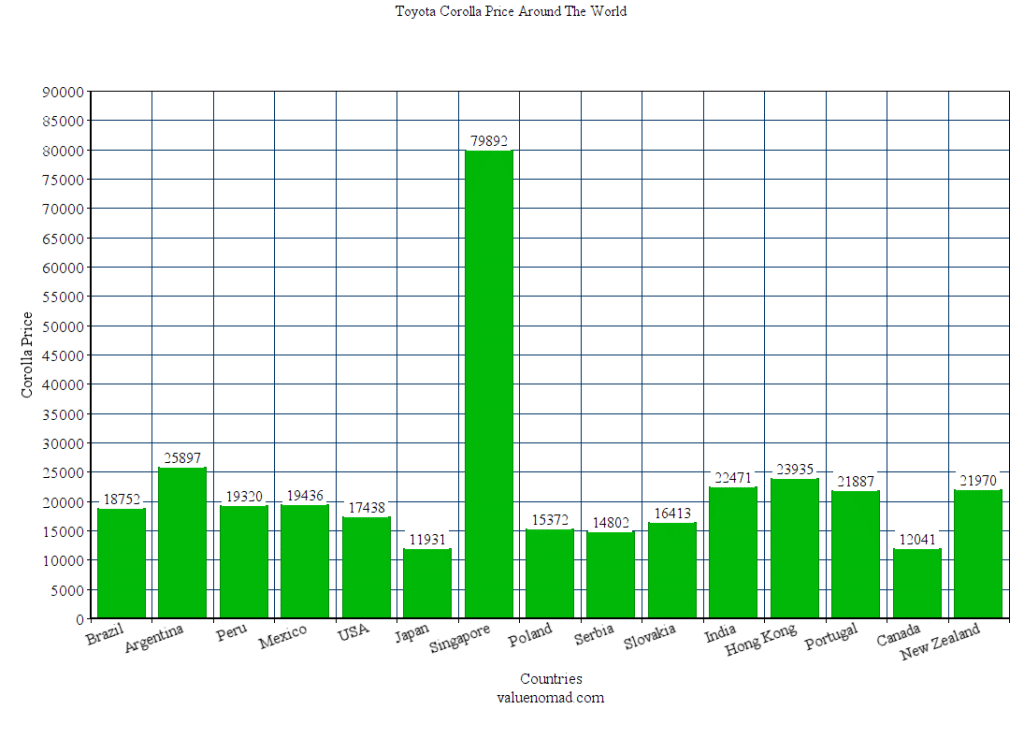 4 thoughts on “Toyota Corolla Price Around the World”