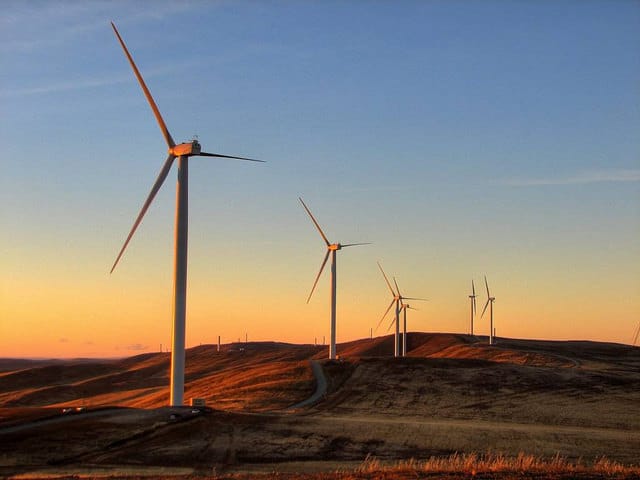 This post is dedicated to analyze the trends of electricity production using renewable sources of energy among European countries.

Everyday, we constantly hear and read about how important renewable sources of energy are and how we should do our best to use them. Even if researches and campaigns are published daily on this subject, it is rare to see anyone actually mentioning how much and how effectively are the countries using renewable energy to produce electricity.

Here, analyzing actual data from reports of trusted sources, we will expose the countries who are underperfoming on this matter: the worst renewable energy producers among European countries.

Before going directly to the data, it’s important to define the concept of renewable energy and how it is produced worldwide.

Sources of energy which are considered as renewable are those who are not depleted when used, as an example we can mention the energy of the winds. A wind turbine theoretically could gather energy from the air streams passing through it for a very long time, while a truck running on diesel would stop immediately when its fuel tank would be empty.

There are several different was to produce energy from a renewable source, but the most widely used are hydro-power, wind turbines and solar panels.

On this from public domain map from Wikipedia we can see how the members of European Union are doing in percentage of renewable energy production of all the energy consumption. The differences are quite severe, and there is no obvious pattern, apart from the fact that Scandinavia is doing quite well.

It is important to notice that not all European countries have their data displayed on this map, but analyzing a more complete list found also on Wiki with data from the EIA (International Energy Statistics) we can have a full scope of the situation in Europe.

While Norway has already 98% of its energy consumption originated from renewable sources, many countries in the continent are lagging behind, and we will stress on the 5 countries which are using the least among of renewable energy on Europe.

1 – Belarus – 0.69% of renewable energy production (out of total consumed)

Belarus is geographically not very favorable for any renewable source of energy. It’s flat, so hydro-power is not trending over there. It is also a continental country without a windy climate, ruling out wind turbines. To complete this negative scenario Belarus is a high latitude country, with not much sunny days (although it solar energy potential can be still better explored). It also benefits from Russian oil being pumped at low prices rendering the interest for renewable sources to almost zero.

Oddly enough the this percentage is a progress in Malta, which just in 2005 had all of its energy production based on oil. Malta has a target to increase its renewable energy prevalence for 10% in 2020. Malta sits in the very South of Europe, and could definitely exploit its solar potential better, the problem is that Malta is not exactly an “spacious” country, being composed of just a few tiny islands of irregular terrain.

3 – Moldova – 4.87% of renewable energy production (out of total consumed)

4 – Cyprus – 5.8% of renewable energy production (out of total consumed)

Cyprus is trying its best to change its energy profile. It had 98% of its energy imported in 2008. Now the situation is changing with the help of the European Union. Cyprus is the Southern most country of Europe and has ambitious plans to develop solar energy programs in the country. Cyprus is also improving when it comes to wind power, jumping from 0% in 2005 to 3.4% in 2010. This number is expected to grow further.

5 – Ukraine – 5.95% of renewable energy production (out of total consumed)

The war in Ukraine is definitely not helping its people to think how to develop renewable energy in the country. Ukraine has a good solar potential specially in the south of the country, with plenty of space for solar plants too. The fact the Ukraine is gas and coal rich will make the transition to renewable energies lengthy and without much investment.

Those were the worst renewable energy producers in Europe.