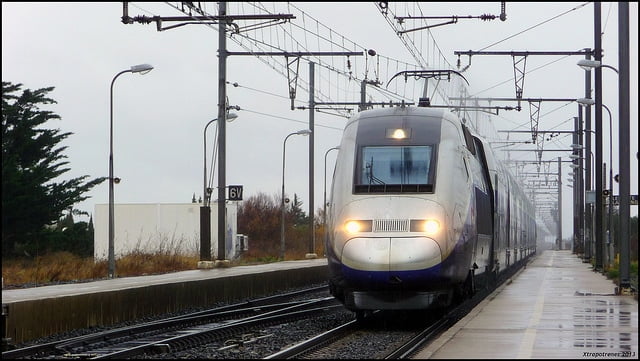 Here in Value Nomad, we are always searching for the best real prices (and nominal too when suitable), and the cost of railway transport in Europe can have more discrepancies than what one could imagine.

Before starting to research for this study, I honestly didn’t have a clear idea on where could passengers be paying the most hefty prices for train tickets in the continent. I could expect that it would be somewhere in Eastern Europe, considering salaries, taxes and the price of services, but this question remained opened until I concluded this study.

Parameters for determining the real price of train tickets per kilometer

It wouldn’t be fair to compare the price of TGV ride crossing tunnels in the Alps with the price of a regional train in countryside Slovakia, so I decided that some parameters should be followed to guarantee the accuracy of this research:

On this first table, we have the data collected from each countries railway service providers: Deutsche Bahn for germany, Trenitalia for Italy, and so on.

The data shows the fares in Euros for each one of the cities they connect, being one train ride data collected per country.

Calculating the price per kilometre

Now that we have the actual data for 2016 in all of the Eurozone countries included in this study, we can move on, to calculate the price per kilometer in each one of them. The formula used for getting this result is a very simple one, dividing the ticket fare by the number of kilometers the train travels on the given route.

After calculating the price per kilometer in each one of the Eurozone countries, we have the following results: 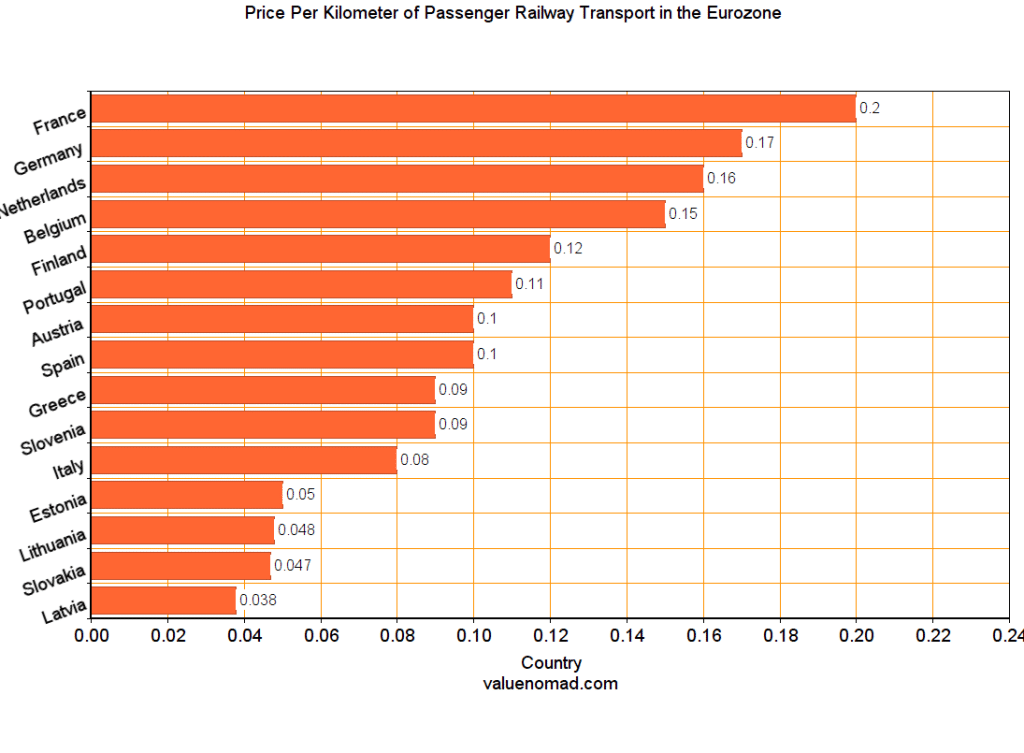 Analysis of the railway tickets price per kilometer in the Eurozone

Cheapest countries to ride a train in the Eurozone

Slovakia and the Baltic States have the cheapest train tickets per kilometer in the Eurozone. Latvia is among these, the cheapest one. This can be explained by the fact that these countries(the baltic ones, not Slovaki), which were a part of the Soviet Union, inherited the network built by the soviets and have not made much infrastructure changes on it ever since. Estonia border Latvia, and Latvia borders Lithuania, but they still don’t have train connections among them. The railway system in Lithuania is the most developed in the Baltic States.

The most expensive: France

France has a very big and complex network but its days of glory when it launched the TGV service in the 1980’s are long gone. Constant strikes are the normality in the train system network, apart from other disturbances of all sorts. One could argue that France has much higher average salaries than Lithuania or Estonia, therefore it should be not compared to these countries. But, unfortunately for France, Finland has the exact same amount for average salaries in 2014 according to Wikipedia (€2180) and the train ticket price per kilometer in Finland is 40% lower.

Update: a lot of readers have claimed that one route is not enough to give an idea of how things actually are in France, therefore I am adding here more 3 routes in France that suit the parameters of this study, let’s take a look at them:

It only serves to confirm that France has one of the most expensive train fares per kilometers in Europe.

If calculating the average salaries, France still has a considerably more expensive price per kilometer than Italy, Belgium, Netherlands, Austria and others.

If you have any other idea why prices for railway transport are so high in France, leave your comment below.

17 thoughts on “Railway Ticket Prices per Kilometer in the Eurozone”